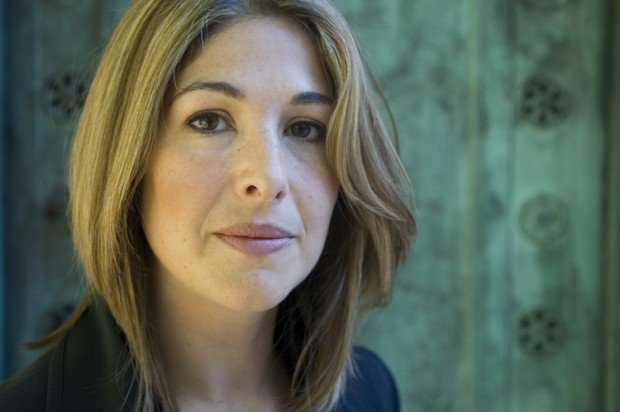 Reflections on Naomi Klein’s ‘This Changes Everything’

2014 may well be seen in retrospect as a turning point for radical climate justice: we had the 400,000 march in New York with many thousands more around the globe, the IPCC’s Fifth Assessment Report’s devastating report on the state of the planet, the public failure of Ban ki-Moon’s September summit of political leaders with its ambition dwarfed by the Sunday marchers and those who flooded Wall Street the day before it, and soon, I confidently predict, the spectacular failure of the global climate treaty negotiations in Lima — COP 20 — which run from December 2-12.

To all of these signs, add another wonder: Naomi Klein’s launch of This Changes Everything: Capitalism vs. the Climate, soon also to be a major motion picture.

First, let it be said loudly and clearly that Naomi Klein has written what I take to be the most important, wide-ranging, well-written, timely, hard-hitting book about climate justice and its futures that I am aware of – in other words, the book that I would have written (if I were her, of course). This book may well change everything. And not because it gets everything right, of course, which it doesn’t and can’t, all by itself. But rather, because it allows those of us who have been searching for ways forward from an intractably wicked problem to take a few more steps, with our history more grounded, our sociology deeper and wider (especially around culture and how we communicate what we think to others), politically more savvy, and generally more hopeful (if also more desperate than ever).

For a book on the New York Times non-fiction best-seller list (it lasted four weeks and rose as high as number five on October 9) to bring the message that we need to go beyond capitalism to survive the climate crisis is a major achievement. It also provides new tools for the climate justice repertoire. Her structural arguments about the unviability of neoliberal capitalism and the fossil fuel military-industrial complex with all its bought and paid for politicians (chapters 1 through 5), as well as the Big Greens (chapter 6), the billionaires (chapter 7), and the geo-engineering crowd (chapter 8) drive a more few nails in the coffin of a dying civilization. And her stories of some of the countless struggles of amazing, ordinary people on the ground everywhere in chapters 9 though 13 instill a sense of admiration and hope in any reader with a heart as well as a head. Taken together in one glorious whole, they also serve as a wake-up call to the left and the ecological movements – the climate justice movement, really – that this moment is complicated, consequential, and, well, momentous, and that we will have to learn from, and to work with, each other and a lot of others to build the biggest movement ever dreamed of in the next few years (and I mean up and running strongly by 2025, or it really might be “game over” for the climate, and therefore us).

So well done, Naomi. I hope that thousands pick up (or download) your book, read it, discuss it, and pass it on to others. And that many engage its ideas, review it critically, question its limitations, and spur us to try to think our way past them.

Richard Smith is among Klein’s most astute readers, and his recent reflections on the book, “Climate Crisis, the Deindustrialization Imperative and the Jobs vs. Environment Dilemma,” are pointed and helpful. Like him, I am a member of the newly founded eco-socialist group System Change Not Climate Change, and something clicked for me when I came upon this observation: “Klein presents a devastating critique of capitalism. But for all of that, it’s not clear that she has an alternative to capitalism. Since she doesn’t call for “system change” to, say, eco-socialism, it’s hard to see how we can make the profound, radical changes she says we need to make to prevent ecological collapse.”

Now I was awake. This was my agreement and my question too. And Richard went on to raise an important question for Naomi, saying that although she rejects neoliberal ideology and economics, “that’s not the same thing as rejecting capitalism…. She says we need a ‘comprehensive vision for what should emerge in place of our failing system, as well as serious strategies for how to achieve those goals (p. 9-10),’ ‘we need an entirely new economic model and a new way of sharing this planet’ (p. 25)…. But since she does not explicitly call for abolishing capitalism, socializing the economy and instituting society-wide, bottom-up, democratic economic planning, how is society supposed to democratically decide what kind of economy they want?”

Richard’s article then goes on to critique the “degrowth/décroissance” perspective of people whom I admire and also critique, like Tim Jackson and the French writers who have so smartly brought it forward. While we must shut down the wasteful and destructive military sector and a vast set of climate-killing industries, at the same time we’ll need to create new jobs by increasing spending on renewable energy capacity-building, public transportation and its infrastructure, schools and health clinics, and much else besides. And here he gets down to the nitty-gritty of what has to be done with and to the current system, and this is uncompromising, scary, and exhilarating all at once. In getting rid of capitalism and building the just, sustainable world we want, we will need to reckon with the following, among other things:

This means at least two things. First, “Klein calls for ‘managed degrowth’ of the ‘careless’ economy of fossil-fuel ‘extractivism’- offset by the growth of a ‘caring economy’ of more investment in emissions reduction, environmental remediation, the caregiving professions, green jobs, renewable energy, mass transit and so on” (TCE, 88-95). Here, Richard, Naomi, and I are in complete agreement. Secondly, Richard draws out the political-economic implications of this by asking “how can we change these priorities when the economy remains in the hands of huge corporations who want to keep the priorities just as they are?”

All of this will be experienced as an enormous sacrifice today but soon enough, I believe, it will be seen and felt to be great: we won’t have private cars all over the streets, we’ll take the new public transportation, or walk, or bike; we’ll probably have to give up meat (yes, he points this out, as does Chris Hedges in a hard-hitting piece) but we’ll be healthier and animals will have their rights restored at last; there will be no more overnight delivery of books from Amazon, but a revival of local bookstores, according to Richard (I suspect most of what we read will be delivered on-line); we won’t be working in mindless, crushing factory or service jobs, but we will have tons more teachers, health clinics, organic farmers, eco-construction and retrofitter workers. In a nutshell, “It’s about seeking to do everything at the right speed. Savoring the hours and minutes rather than just counting them. Doing everything as well as possible, instead of as fast as possible. It’s about quality over quantity in everything from work to food to parenting’ (In Praise of Slowness 2004). The trade-offs are more than worth it.”

The catch, though, is that the transition to this economy will have to be planned, and for Richard that means a strong (if somehow democratic) state will be needed to bring it into being and deal with the savage backlash of elites. We need to think about this. Earlier in the essay, Richard articulates his critique of Naomi’s political strategy thusly: “[T]he message of her book can read like Occupy…. We can’t build much of a movement without something to fight for, not just against. Klein herself says, ‘saying no is not enough. If opposition movements are to do more than burn bright and then burn out, they will need a comprehensive vision for what should emerge in the place of our failing system, as well as serious political strategies for how to achieve those goals’ (TCE, 9-10).”

As to strategy, Klein says, “Only mass social movements can save us.” She hopes that mass mobilizations, protests and blockades will be enough to “bend the rules of the market,” to force corporations to change enough to save the humans. But these problems are not going to be solved just by protests and “blockadia.” They require completely different institutional arrangements: the abolition of private property in the major means of production, the abolition of the market domination of the economy, the institution of generalized, direct economic planning, and the institution of economic democracy across the entire economy….

Now Richard, of course, hasn’t told us either how we would build such a movement (and it’s not just “us,” of course, who will do it, and certainly not us who will lead it).

So I guess this leads back to the question that consumes my waking hours (and who knows, maybe suffusing my subconscious as well), Naomi’s question, everyone’s question: How do we do all this (and not slowly, either)? And how do we move from where we are today to a world beyond capitalism, and do so in the medium-run time frame that is all we have – say by 2040? We are entering a crazy period of confrontation, that will be rather tricky to negotiate, so we better be thinking about that, too.

As Naomi Klein reminds us in the last lines of the book, when “‘History knocked on your door, did you answer?” That’s a good question, for all of us” (466).