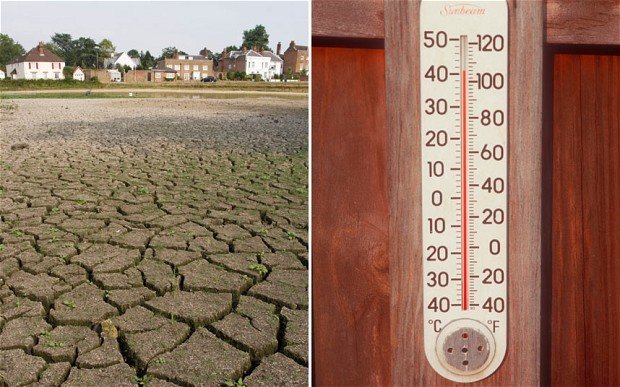 The real environmental problem is catastrophe, not ‘catastrophism’

Dear Sam: I was pleased to receive and publish your response to my article, Once Again on  ‘Environmental Catastrophism’. The left can only gain from frank and open discussion of our differences.

But I’m concerned that we’re spinning our wheels. As labor and green activist Terry Moore says in An activist comments on the ‘eco-castastrophism’ debate, there has been “more heat than light and a lot of ‘talking past each other’ without real engaging on the key points being raised.”

So in an attempt to lower the heat, I will just explain as clearly as I can what bothers me about what you have recently written about the environmental movement and crisis, and suggest an alternative approach.

In Jacobin, you discussed “Nine things to know about organizing in the belly of the beast.” Despite its importance, you only mentioned the environmental crisis under one of the nine points, and the main thing you said was don’t exaggerate. More precisely, you strongly condemned what you called “catastrophism,” “crisis mongering,” and “fearmongering” about the environmental crisis. In your subsequent responses to Brad Hornick and me, you defended those statements. Obviously you consider this to be a major problem.

But you have provided no evidence that exaggeration is a big problem for the movement, nor do you cite any actual exaggerations. That makes your concerns difficult to discuss, but I’ll try.

How serious is the crisis?

As Marxists, our starting point must be material reality. With regard to the global environmental crisis, that means we need to know what science tells us about what is happening to the biosphere, what will happen if current trends continue, and what measures are needed to end the crisis.

Although there are disagreements on details, the overwhelming scientific consensus, expressed in the latest IPCC reports, is that the changes caused by greenhouse gas emissions are very near the danger zone, and if we don’t radically reduce emissions soon, the effects will be catastrophic for many living things, including most of the world’s poorest people. In the long term, climate change could make the earth uninhabitable. Many scientists think the IPCC underestimates the seriousness of the crisis, in particular regarding how close we are to dangerous tipping points and how quickly we must act.

In the book on catastrophism that I reviewed for Monthly Review last year, Eddy Yuen accused climate scientists, including the highly respected James Hansen, of sounding “a shrill note of catastrophism,” and warned radicals against the effects of “scientific catastrophism.”

Since you also worry about “catastrophism,” it’s important to know if you share Yuen’s opinion that the left should distance itself from science and scientists. If you do, then we have a serious disagreement and won’t agree on what kind of movement to build.

But if you agree that the scientific consensus is the essential baseline for environmental action, then our disagreements are secondary and we can start discussing how socialists can help build the movement to fight climate change.

Is exaggeration a real problem?

You said that environmentalists are harming the movement by saying that the world will end in a few decades – in your reply to Brad Hornick, you said “two decades.” You didn’t just say they are mistaken, you said they are purposely exaggerating in order to win support.

Many people, including the IPCC, say that we must take decisive action in a few decades. But I’ve never heard anyone other than religious nuts seriously predict that the world will end in a few decades, and I’m not aware of any environmentalist deliberately misrepresenting the science to gain support. So I asked you for proof.

I wondered what your answer would be. You could have replied: “I was exaggerating for polemical effect. What I should have said was ….” Or you might have said: “Here are some actual examples of leftists deliberately exaggerating the environmental crisis by saying the world will end soon.”

Either way, the road would have been opened for a constructive discussion on what the real situation is and what problems we must solve – as you say, “we should start with the truth.”

But you didn’t answer at all. Instead you wrote:

“Angus argues that environmental catastrophism is a red herring. Had he simply argued that critics have exaggerated how prevalent it is, that would have been one thing. But to insist that it doesn’t exist at all, that there is ‘not one’ example of this, strains credulity. When environmentalists mobilize around the issue do all of them really never turn to language that suggests more than urgency and never suggest that the world is on the brink of collapse?”

As anyone who reads my article can see, I said nothing of the sort. What I challenged was your specific claim that in order to win support, some unidentified environmentalists purposely make a claim they know to be false – that the world is going to end in a few decades, possibly as soon as 20 years. I do not know of a single example of that, and you haven’t cited a single example either.

You then referred to the mistaken views of peak oil theorists and some Marxist economists. Those may indeed be examples of “catastrophism” in other movements at other times, but they are not relevant to our current discussion. Nor, I should add, are they examples of purposely exaggerating for effect: those writers were wrong, but they weren’t lying.

But let’s set aside the absence of evidence for your specific claim, and agree that some overzealous environmentalists sometimes use “language that suggests more than urgency.” Since we really do face a serious crisis, I’m not sure what would qualify as “more than urgency,” but I won’t quibble.

Are such statements really so harmful that they had to be the only environmental movement problem mentioned in your list of “nine things to know about organizing in the belly of the beast”? Are they really more damaging than Malthusianism, or primitivism, or support for market solutions, or any of the other political confusions that beset the movement? Above all, are they more important than the enormous influence of climate change deniers and the corporate propaganda machines?

To be frank, I think your concern with exaggeration is exaggerated.

What should socialists do?

So my third question was: “Should the fight against climate change be a priority for socialists today?” but once again you didn’t answer. You did tell Brad Hornick that “no socialist can ignore the environmental threat,” but “not ignoring it” can scarcely be called making it a priority.

I asked that question not just because of your repeated warnings against exaggeration, but because your article was completely silent about the fight against the fossil fuel industry, an actual mass environmental movement that is developing before our eyes. It is very far from perfect, and has a long way to go before it accomplishes its goals, but as Marx said, “every step of real movement is more important than a dozen programs.”

If we agree with Marx, then supporting and building the real environmental movement, while finding ways to advance ecosocialist ideas within it, will take precedence over worries about imperfect statements some participants might make.

A discussion such as this needs facts, not unsupported assertions.

If some environmentalists are making statements that damage the movement, we need to know who they are, what they are saying, and how the damage is manifested.

If you think we are exaggerating the crisis, you need to be explicit: what do you think the unexaggerated truth is, and how does that relate to what the IPCC and other scientists say?

I’ve tried to state my views on these issues clearly. I accept the main conclusions of the latest IPCC reports as a basis for understanding and explaining the crisis, although I think scientists like James Hansen are probably right that the IPCC understates the problem. And in my experience what you call “catastrophism” is rare and mostly harmless: the many environmentalists I know and work with try hard to tell the truth, and if they exaggerate it’s a mistake, not a conscious policy.

I strongly believe that accusations of “environmental catastrophism” don’t belong in discussions among socialists.

As for how important the environmental crisis is for socialists in the twenty-first century, I agree with the noted Brazilian climate scientist and ecosocialist Alexandre Costa: “The fight to avoid a catastrophic outcome to this crisis engendered by capitalism is the fight to safeguard the material conditions for the survival with dignity of humankind. … Socialism is not possible on a scorched Earth.”

Earlier articles in this discussion: