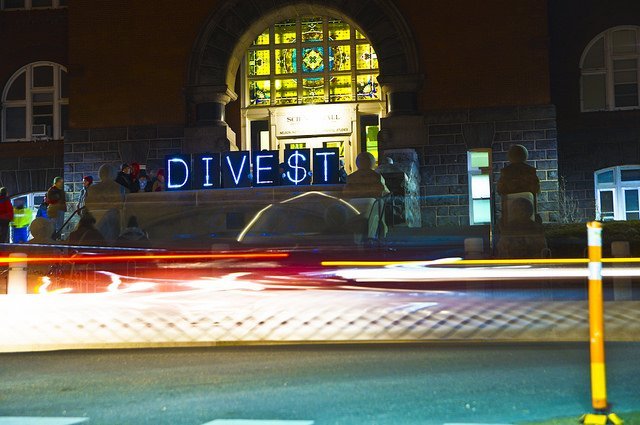 The Presbyterian Church (U.S.A.) is debating whether to divest its $8.5 billion portfolio from fossil fuels.

“As global scientific research predicts more dire impacts from climate change, mounting physical evidence of climate change underscores the urgency for humanity to take action,” Presbyterians who have carried out a grassroots divestment crusade within the church stated. “This evidence is motivating people of faith in various communities, as well as students at academic institutions, to embark on divestment campaigns. The campaigns urge the financial agents of their respective organizations to withdraw stock and bond funds from investment accounts which contain fossil fuel company shareholdings. In a nutshell, we believe that if it’s wrong to wreck the planet, then it’s wrong to profit from corporate interests that are causing this wreckage.”

The decision to pull funds from the industry will be made during a meeting of the religious institution’s General Assembly, its highest governing body, from the 14th to the 21st of June in Detroit, Michigan.

The initiative is not without its critics, however; those who believe the church can pressure fossil fuel corporations to put funds into renewable energy. Divestment campaigners counter that such arguments are akin to asking companies like Exxon Mobile to go out of business.

“Led by the fossil fuel industry, we are running Genesis in reverse,” remarked author and 350.org cofounder Bill McKibben, encouraging the church to divest. “We can stop it — and we can certainly stop profiting from it — but only together, as a movement.”

The full text of the proposed measure, what Presbyterians call an “overture,” is available here.