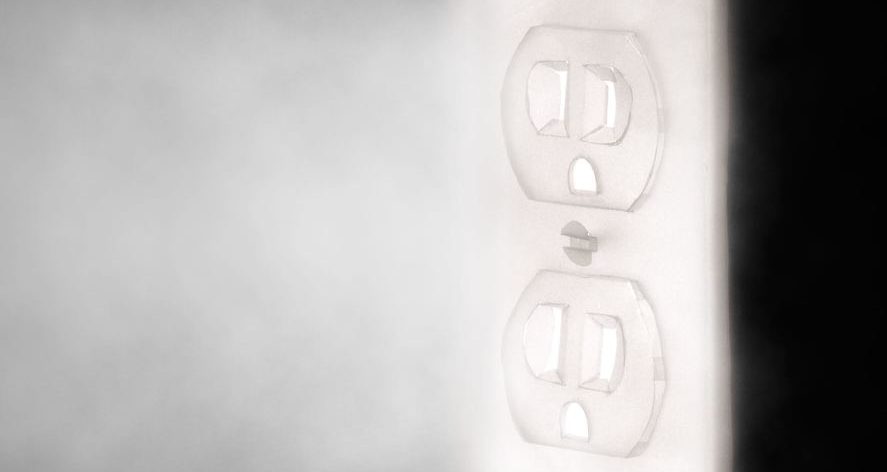 Power to the people

Mark and Sara Borkowski live with their two young daughters in a century-old, fifteen-hundred-square-foot house in Rutland, Vermont. Mark drives a school bus, and Sara works as a special-ed teacher; the cost of heating and cooling their house through the year consumes a large fraction of their combined income. Last summer, however, persuaded by Green Mountain Power, the main electric utility in Vermont, the Borkowskis decided to give their home an energy makeover. In the course of several days, coördinated teams of contractors stuffed the house with new insulation, put in a heat pump for the hot water, and installed two air-source heat pumps to warm the home. They also switched all the light bulbs to L.E.D.s and put a small solar array on the slate roof of the garage.

The Borkowskis paid for the improvements, but the utility financed the charges through their electric bill, which fell the very first month. Before the makeover, from October of 2013 to January of 2014, the Borkowskis used thirty-four hundred and eleven kilowatt-hours of electricity and three hundred and twenty-five gallons of fuel oil. From October of 2014 to January of 2015, they used twenty-eight hundred and fifty-six kilowatt-hours of electricity and no oil at all. President Obama has announced that by 2025 he wants the United States to reduce its total carbon footprint by up to twenty-eight per cent of 2005 levels. The Borkowskis reduced the footprint of their house by eighty-eight per cent in a matter of days, and at no net cost.

I’ve travelled the world writing about and organizing against climate change, but, standing in the Borkowskis’ kitchen and looking at their electric bill, I felt a fairly rare emotion: hope. The numbers reveal a sudden new truth—that innovative, energy-saving and energy-producing technology is now cheap enough for everyday use. The Borkowskis’ house is not an Aspen earth shelter made of adobe and old tires, built by a former software executive who converted to planetary consciousness at Burning Man. It’s an utterly plain house, with Frozen bedspreads and One Direction posters, inhabited by a working-class family of four, two rabbits, and a parakeet named Oliver. It sits in a less than picturesque neighborhood, in a town made famous in recent years for its heroin problem. Its significance lies in its ordinariness. The federal Energy Secretary, Ernest Moniz, has visited, along with the entire Vermont congressional delegation. If you can make a house like this affordably green, you should be able to do it anywhere.

Most of the technology isn’t particularly exotic—these days, you can buy a solar panel or an air-source heat pump at Lowe’s. But few people do, because the up-front costs are high and the options can be intimidating. If the makeover was coördinated by someone you trust, however, and financed through your electric bill, the change would be much more palatable. The energy revolution, instead of happening piecemeal, over decades, could take place fast enough to actually help an overheating planet. But all of this would require the utilities—the interface between people and power—to play a crucial role, or, at least, to get out of the way.

An electric utility is an odd beast, neither public nor exactly private. Utilities are often owned by investors, but they’re almost always government-regulated, and they are charged with delivering power reliably and at an affordable price. Utilities are monopolies: since it would make no sense to have six sets of power poles and lines, utilities are granted exclusive rights to a territory. When you buy or rent a house, you automatically become the customer of the local utility, assuming that you want electricity and you don’t plan to generate all of it yourself. To keep the nation’s utilities honest, they are typically regulated at the state level by a public-service commission that sets rates, evaluates performance, and enforces mandates, such as a requirement that a certain amount of power come from renewable sources.

Whereas most enterprises are about risk, utilities are about safety: safe power supply, safe dividends. No surprises. As a result, the industry “has not attracted the single greatest minds,” David Roberts, who has covered energy for various outlets for a decade and is now a reporter for Vox, told me. “If you’re in a business where the customer is the public-utility commission, and after that your profits are locked in by law, it’s the sleepiest business sector there is, if you could even call it a business sector. They build power plants, sit back, and the money comes in.” The entire realm is protected, he added, by “a huge force field of boringness.”

But what has been a virtue, by and large, is now almost certainly a vice. Scientists insist that in order to forestall global warming we need to quickly change the way we power our lives. That’s perhaps most easily done by giant companies with big budgets for new technology; Google, Apple, and Ikea have all announced major plans to switch to renewable energy. For average Americans, however, the biggest source of carbon emissions is their home, so the utilities’ help is crucial in making the transition. And, even without climate change, utilities face a combination of threat and opportunity from disruptive new technologies.

Consider the Borkowskis’ new air-source heat pumps, which use the latent heat in the air (down to about zero degrees) to heat their home and provide hot water. These devices have made it practical for electricity to be used for tasks traditionally performed by oil and gas. Smart thermostats, such as the Nest, allow you to make your home far more energy-efficient—and can even, when connected to the “smart meters” that are now appearing on many houses, permit the utility to turn your demand down for a few seconds in response to fluctuations in the supply of sun and wind. Electric vehicles provide a major new use for electricity and, perhaps soon, the opportunity for huge numbers of idle car batteries to serve as a storage system for reserve power. (Solar and wind power can be a challenge to incorporate into the grid, because they’re intermittent—cloudy days happen, the wind fails. Affordable batteries are essential to making renewable energy widely available.)

Americans spend eight per cent of their disposable income on all forms of energy,” David Crane told me. Crane is the C.E.O. of NRG, the country’s biggest independent power provider; the company operates more than a hundred energy-generation facilities, selling electricity to utilities that, in turn, sell it to customers. Nobody wants that eight-per-cent figure to rise, Crane said, because when energy prices go up the country tends to trip into recession. But plenty of companies, including Crane’s, would like to see a larger slice of that eight per cent. “I’m interested in electric cars, for instance, not just because of the effect on air quality but because I want to take market share away from oil,” Crane said. “It’s a brutal fight for market share.”

Power utilities now face uncertainty of a kind that traditional phone companies faced when cellular technology emerged. A few utilities welcome the challenge; others are resisting it; and the rest are waiting for someone to tell them what to do.