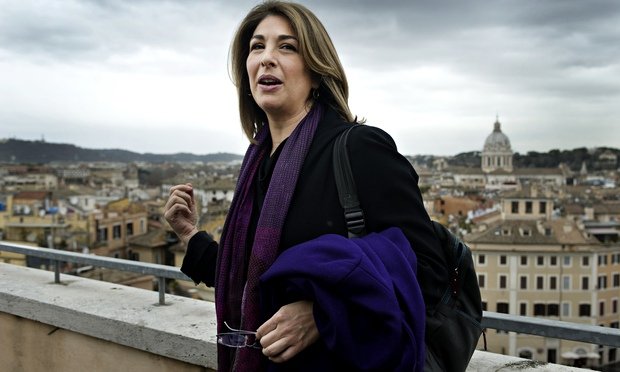 She is one of the world’s most high-profile social activists and a ferocious critic of 21st-century capitalism. He is one of the pope’s most senior aides and a professor of climate change economics. But this week the secular radical will join forces with the Catholic cardinal in the latest move by Pope Francis to shift the debate on global warming.

Naomi Klein and Cardinal Peter Turkson are to lead a high-level conference on the environment, bringing together churchmen, scientists and activists to debate climate change action. Klein, who campaigns for an overhaul of the global financial system to tackle climate change, told the Observer she was surprised but delighted to receive the invitation from Turkson’s office.

“The fact that they invited me indicates they’re not backing down from the fight. A lot of people have patted the pope on the head, but said he’s wrong on the economics. I think he’s right on the economics,” she said, referring to Pope Francis’s recent publication of an encyclical on the environment.

Release of the document earlier this month thrust the pontiff to the centre of the global debate on climate change, as he berated politicians for creating a system that serves wealthy countries at the expense of the poorest.

Activists and religious leaders will gather in Rome on Sunday, marching through the Eternal City before the Vatican welcomes campaigners to the conference, which will focus on the UN’s impending climate change summit.

Protesters have chosen the French embassy as their starting point – a Renaissance palace famed for its beautiful frescoes, but more significantly a symbol of the United Nations climate change conference, which will be hosted by Paris this December.

Nearly 500 years since Galileo was found guilty of heresy, the Holy See is leading the rallying cry for the world to wake up and listen to scientists on climate change. Multi-faith leaders will walk alongside scientists and campaigners, hailing from organisations including Greenpeace and Oxfam Italy, marching to the Vatican to celebrate the pope’s tough stance on environmental issues.

The imminent arrival of Klein within the Vatican walls has raised some eyebrows, but the involvement of lay people in church discussions is not without precedent.