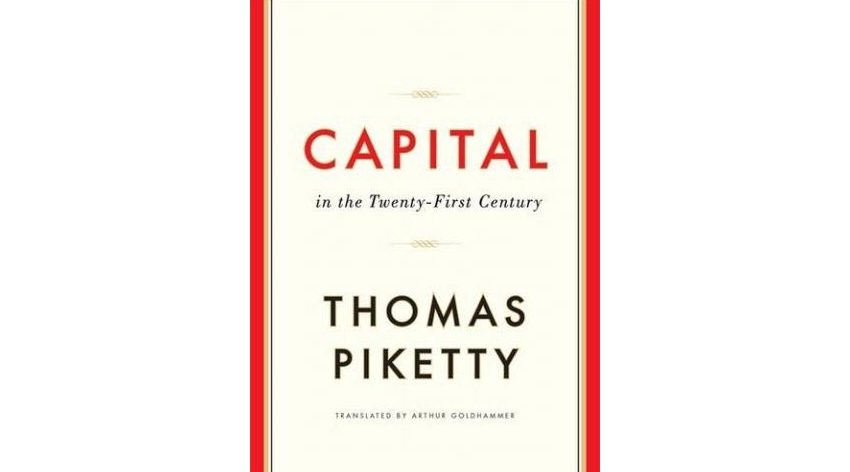 Piketty’s ‘Capital’ is important, but why doesn’t he challenge capitalism?

Yes and no. It depends on how you define left wing.

If you believe the litmus test of being “left” is opposition to capitalism then the book may be interesting and important, but it is not left wing. If, on the other hand, you believe capitalism is a dynamic economic system worth preserving, but in need of a tune-up, you would likely have a different answer. In the range of political/economic opinion allowed in the corporate North American media the book is certainly at the left end of the spectrum.

But perhaps there is another more important question to consider. Is the book useful, including to those who think an alternative to capitalism is both desirable and necessary? And the answer is an unequivocal yes.

Strangely, it’s not primarily for the reason you may think, if all you know about the work is what you have read or heard in the mainstream media.

While most of the commentary has been about the book’s take on inequality and the author’s prescription (a tax on capital) for controlling the problem, the really unique and useful aspects of Piketty’s work are his insistence on what might be called “reality-based” economics and his straightforward, easy-to-read language.

Unlike the obscurant writing and “fairy-tale” premises that typify most works of economics, Piketty bases his arguments in actual data and sets out to explain them in a style that is accessible to a broad range of readers.

Imagine that! Economics for everyone, including those of us who insist that theories should be tested in the real world! Refreshing, almost scientific.

If Piketty can do it we should hold all economists to these standards. Imagine no more theories of perfect competition where all buyers know everything about all sellers, but instead explanations of what really happens when individuals suffering from a lifetime of brainwashing come up against the might of multinational corporations. Imagine economics that explained the world as lived by ordinary people in a fashion that most of us can understand.

This threat of a good example explains much of the “emperor does so have clothes” reaction of orthodox academic economists and their fellow travellers in the business press to Piketty’s book. Then you add in the overwhelming evidence presented in Capital that inequality does exist, has grown over the past three decades of neoliberal reform, and is likely to grow much greater — and yes sir those apostles of greed sure are angry.

So, the book is important and you should read it, but…let’s just say one should be aware of its limitations.

Contrary to what you might assume based on the attacks from certain quarters, the author does not advocate socialism — unless you believe socialism can be defined as simply trying to be nice to everyone and sometimes using the government to override the power that capitalism gives rich people.

Piketty is firmly in the camp of those who would save capitalism from itself. While he does argue too much inequality is bad because it threatens democracy and leads to revolution, or at least economic nationalism, there is no question he supports the system. He frequently and explicitly praises capitalism as the best economic system because it produces the most growth. There is no mention of an environmental crisis and its link to inequality and an economic system that values greed above all else until the very end, almost as an afterthought. He does not deal with environmental limits to growth.

Still, the book provides all sorts of useful information about the last 200 years of actually existing capitalism. Its offers a glimpse of what the study of economics should be. Piketty seems to be on the side of ordinary people and even makes mention of economic democracy.

Go and buy Capital in the Twenty-First Century from your local bookstore, but read it with this thought in mind: Rather than tinkering with capitalism, can’t we come up with a better system? One that democratizes economic decision making while rescuing our environment from the ravages of unchecked greed, also known as the fallacy of unlimited growth?

Gary Engler is a novelist (The Year We Became Us) and co-author of the recently released New Commune-ist Manifesto — Workers of the World It Really is Time to Unite (www.newcommuneist.com).