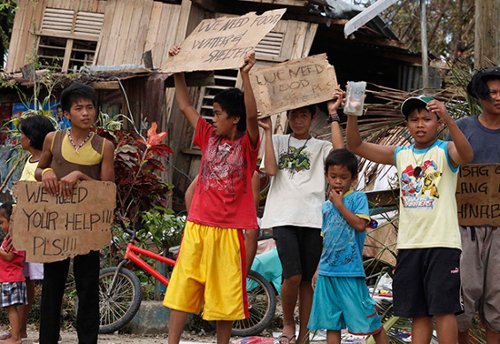 It seems these days that whenever Mother Nature wants to send an urgent message to humankind, it sends it via the Philippines. This year the messenger was Yolanda, a.k.a. Haiyan.For the second year in a row, the world’s strongest typhoon, Yolanda, barreled through the Philippines, following on the footsteps of Pablo, a.k.a Bopha, in 2012. And for the third year in a row, a destructive storm deviated from the usual path taken by typhoons, striking communities that had not learned to live with these fearsome weather events because they were seldom hit by them in the past. Sendong in December 2011 and Bopha last year sliced Mindanao horizontally, while Yolanda drove through the Visayas, also in a horizontal direction. That it was climate change that was creating super typhoons that were taking weird directions was a message that Nature was sending not just to Filipinos but to the whole world, whose attention was transfixed on the televised digital images of a massive angry cyclone bearing down, then sweeping across the central Philippines on its way to the Asian mainland.