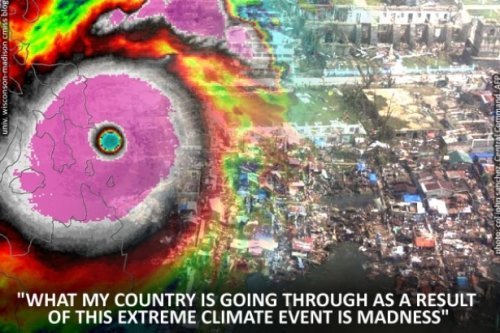 Last Thursday a record smashing “hellstorm” called Super Typhoon Haiyan tore across the Philippines leaving unprecedented destruction in its wake. For the second year in a row the Philippines find themselves at the annual United Nations climate conference pleading with the world to take effective action to halt the climate crisis that they say is punishing their nation. Last year at the UN climate conference in Doha, the Philippines were struggling to cope with the aftermath of Typhoon Bopha. At the time it was the most destructive typhoon in their history causing $1.7 billion in damages and killing hundreds. Their lead climate negotiator, Naderev Saño, broke down in tears as he said: