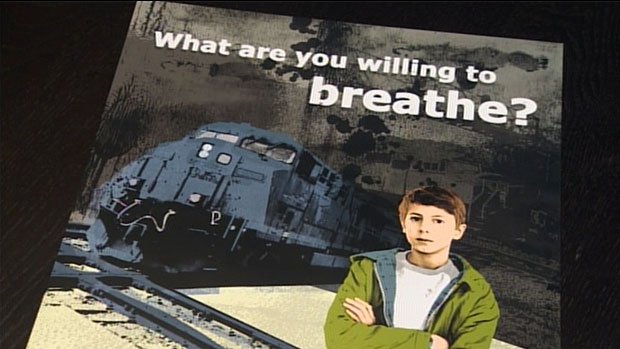 Opponents of a proposal to expand the Fraser Surrey Docks coal terminal presented Surrey city council with a petition on Monday afternoon that calls for broad human health studies to be conducted before a final decision is made on the project. Paula Williams, organizer of a group called Communities and Coal, says that over the past three months, more than 11,000 people signed the anti-expansion petition. Williams says that it’s not necessarily coal dust that her group opposes, but diesel particles from the train engines hauling coal to the terminal on the Fraser River. “It gets into the deepest parts of your lungs and into your bloodstream,” she says.