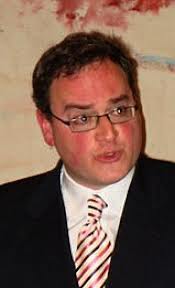 Ongoing occupation at McGill: lock out of Petrocultures 2014 and Ezra Levant.

(MONTREAL, Friday, February 7th, 2014, Petrocultures Conference) — Close to 30 protesters are currently occupying McGill University’s Faculty Club in downtown Montreal and locking out Petrocultures 2014, a conference organized and hosted by the McGill Institute for the Study of Canada. A banner dropped from the roof reads “Shut Down the Tar Sands: Décolonisons” and features an upside-down Canadian flag. McGill Principal Suzanne Fortier was scheduled to open the conference at 9:00am, with Sun News personality Ezra Levant slated to speak at 9:15.

Protesters denounce the platform that is being given to voices of the oil industry and its supporters. “Rather than brainstorming solutions to get us out of the fossil fuel trap, this conference gives a platform to advocates for the continuation of colonialism and resource extraction, setting up a false debate that only serves to maintain the status quo,” said Mona, a protester.

The protesters are students, workers, and anticapitalists working from an anticolonial perspective. In a communiqué, they say they reject the framework of the conference, which positions support for tar sands extraction, or a “greener” version thereof, as one valid position among many, despite the urgency presented by the threat of catastrophic climate change exacerbated by industrial megaprojects like the tar sands.

The protesters oppose the participation of Ezra Levant, for his racist positions against Indigenous resistance movements and his leadership of the group responsible for the #IndianIgnorant hashtag. “We believe that Ezra Levant should be disrupted wherever he is given a public platform,” said Eric, a protester, while stressing that the action was directed at the conference as a whole, over and above any one participant. The communiqué also addresses McGill Principal Suzanne Fortier’s ties to industry and the ‘greenwashing’ perpetrated by many conference participants.

Though the conference is open to the public, there is a $150 entrance fee that the protesters argue is a significant barrier to participation “The speakers invited by the organizers, and the high cost of entry, exclude participation by those opposed to resource extraction, and by marginalized communities that are directly affected by these projects.”

The action is described as being in solidarity with the many direct actions against resource extraction all across Turtle Island. “We are resisting this racist and colonial conference in solidarity with struggles against corporate imperialism,” added one protester.

The protesters also described the ways in which the petroleum extraction taking place in the tar sands is a threat to the water and health of people in Montreal, through the Line 9 pipeline reversal which is expected to soon receive approval from the National Energy Board.

“Line 9 and other tar sands pipelines such as TransCanada Energy East run through major waterways in Ontario and Quebec, and threaten to leak tar sands petroleum into the drinking water and residential areas of millions of people.”

Protesters say they are ready to stay in the building until they have confirmation that the conference has been cancelled.