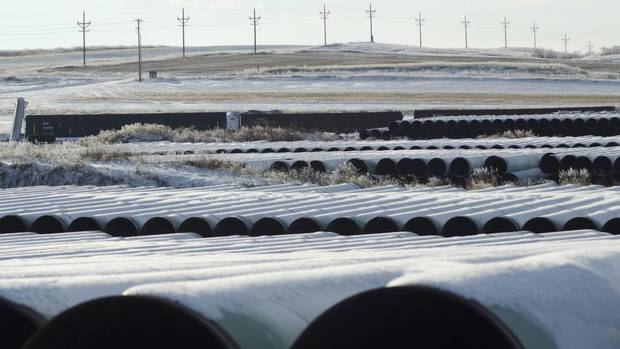 As US President Barack Obama and a Republican-led Congress spar over the proposed Keystone XL pipeline, a new analysis of worldwide fossil-fuel reserves suggests that most of the Alberta oil the pipeline is meant to carry would need to remain in the ground if nations are to meet the goal of limiting global warming to two degrees Celsius.

The study, published Wednesday in the journal Nature, does not single out the Alberta oil sands for special scrutiny, but rather considers the geographic distribution of the world’s total fossil fuel supply, including oil, coal and natural gas reserves, and their potential impact on international efforts to curb global warming.

Advocates of Keystone XL point out that the oil sands are not as large a contributor to climate change as other fuel reserves elsewhere in the world, particularly coal. The study does not disagree with this assessment, but makes clear that a concerted global effort will be needed to maintain at least a 50-per-cent chance of staying under the two-degree limit – a goal agreed to by the majority of nations, including Canada, under the 2009 Copenhagen accord.

The current pace of oil-sands production – roughly two million barrels a day and climbing – would contradict this aim, the study finds.

Using a computer model, economists at University College London calculated both the economic value and carbon content of fossil fuels around the world and looked at the most cost-effective way for fossil-fuel development to proceed while trying to hold to the two-degree global target…more