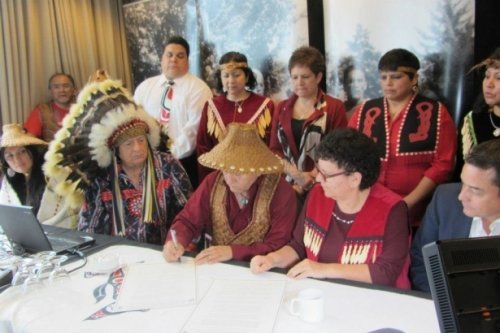 In the latest in a series of announcements escalating resistance to oil and gas development in North America, the Oglala Sioux nation and its allies have committed to stopping the construction of the Keystone XL pipeline on their territory if Obama approves the project. In response to the US State Department’s environmental report that says Keystone wouldn’t increase the country’s carbon emissions Oglala Sioux president Bryan Brewer, along with organizations Honour the Earth, Owe Aku and Protect the Sacred, released a statement declaring they will stand with the Lakota people to block the pipeline. The statement, seen by many as a significant step toward approval, sparked solidarity action across the US on Monday.