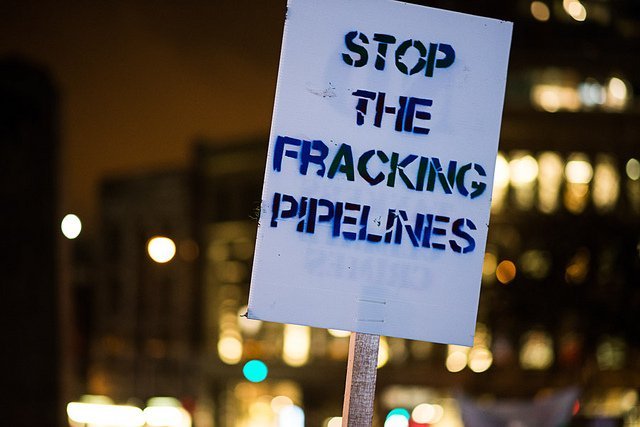 But certainly for the present age, which prefers the sign to the thing signified, the copy to the original, representation to reality, the appearance to the essence… illusion only is sacred, truth profane. Nay sacredness is held to be enhanced in proportion as truth decreases and illusion increases, so that the highest degree of illusion comes to be the highest degree of sacredness. Feuerbach, Preface to the second edition of The Essence of Christianity

In an article entitled “Apocalypse Forever? Post-political populism and the spectre of climate change,” Erik Swyngedouw argues two points. The global problem of climate change represents a mounting clear and present danger to human civilization and has become an issue politicized as never before. Secondly, this paradoxically coincides with a political environment, he says, “that has evacuated dispute and disagreement from the spaces of public encounter to be replaced by a consensually established frame” of the “post-political” and “post-democratic condition.”

Many critique Swyngedouw for glibly announcing the apparent disappearance of environmental politics in the present context of intensive mobilizing around the climate crisis and other issues of social justice. Nevertheless, his substantive point is that in formalized processes within the public realm, the political dimension has been replaced by undemocratic technocratic management and consensual policy-making. Politics has moved from the streets, the woods and bargaining tables to the boardrooms, courts and ballot box.

This scenario is being dramatically played out in British Columbia, an epicentre of global fossil fuel politics. The “post-political” was magnificently demonstrated recently by one of British Columbia’s foremost environmentalists in the Globe and Mail. Oil sands and pipelines is an “ugly, polarizing and simplistic debate” replete with “schoolyard bullying” says the author. Equally at ease with industry executives, family and workers, she explains, “it doesn’t take long to find common ground in the oil sands debate across what is often portrayed as enemy lines.”

This prominent B.C. environmentalist calmly assures her readers to remember “pace and scale” so that “within the next 30-50 years we can move away from oil”…. This, as scientific evidence mounts that we are already past tipping points, as Arctic and now Antarctic ice is rapidly and inexorably melting, as entire global food systems are threatened, as millions globally now already suffer the effect of extreme weather, and as Canadian politicians are championing the ruthless expansion of greenhouse gas emission causing coal, oil and gas exploitation.

Contrast this banal environmental peace gesture, to the recent words of Yinka Dene Alliance coordinator, Geraldine Thomas Fluer, on the announcement of Harper’s approval of Northern Gateway: “Our women are ready to put their lives down on the line to stop this project;” the words of Grand Chief Stewart Phillip who says simply: “It’s war!” or the words of Togestiy from the Unist’ot’en camp:

That old model hasn’t worked. The model that we’re presenting is actually physically making a difference on the ground. We’re hoping people take the time to take their responsibilities on this planet seriously. If you guys get a chance to bring children into this world, you’ll want to give those children the best possible world… You’re not going to be able to do that if you stay within institutions within the system… This world needs people to be awake.

What could possibly be at work here between traditional B.C. environmentalists and the new call for immediate, radical environmental action?

Some clues may be found in the writings of George Novack in response to John Dewey on the role of the middle class in political morality. Novack explains that the middle class exists in the ambiguity of being in the middle of opposing social factions. The left liberal only “grudgingly” and “under compulson” takes to the road of real struggle because of over-riding circumstances. The confrontational methods of class struggle are “inconsistent with his [sic] in-between position where he is pulled in opposite directions by the antagonisms between capital and labour, white and black.”

Novack explains there are different moral demands/judgements enforced by contending classes. In the means-and-ends framework of moral behaviour, he says that individual moral decisions in practical politics is determined by material needs and positions. In the present fossil fuel battles in British Columbia, the primary collective end of the capitalist class is to preserve and extend their economic system, which in this context means ramming through new gas, oil and coal infrastructure even though it contradicts First Nations rights and title and leads to global ecocide.

For the worker who exists within the very same economic system, the ends are different “whether they are individually or fully aware of the fact or not.” Compelled by the needs of survival within practical living and working conditions, workers live and try to make concessions with capital to live decent lives. But for the vast majority of humanity who are workers, their primary end is to abolish an economic system that is based on their own exploitation and that of nature.

The survival of humanity and the planet is a universal end and is at the same time primarily a working class end. It is also a moral end. Shrewd and practical discussion must then go to the question of the search for the right means to this end. And it is in directly facing, not ignoring the “clash of incompatible ends” says Novack, “that determines the means employed by the contending classes.” To say that road to survival must be walked “together” is not a credible means in itself. It is rather a vacuous and trite platitude, and points to a serious lack of theoretical, strategic and moral leadership.

The role of the revolutionary, says Novack is to “teach contempt for official morality and its democratic echoers” and “imbue them with consciousness of their own historic mission,” to “raise the courage and spirit of self-sacrifice in the struggle.” The question for all B.C. environmentalists then should be “whose side am I on?” It was a little clearer 20 years ago in the war of the woods. Shouldn’t it be crystal clear in the midst of our heightening global emergency?

Moral injunctions to “work together” based on abstract, transcendental ethical systems with no basis in social reality, makes one not only blind to the suffering of humans and nature, but unequipped to pursue coherent political ends. It is the same problem with some religions that neglect human suffering by reaching skyward to the sacred so as not to dirty its hands in the profane “evils” of the world. Rather, analysis and political posture should be grounded in empirical and historical reality, says Novack, in “specific class interests and political objectives of the contending sides.”

The ultimate violence caused by fossil fuel corporations and the capitalism system generally cannot be placed on par with the “illegal” actions of anti-pipeline graffiti artists, or those chaining themselves to the doors of Chevron. One is the representative of death, the other of life. This does not mean we turn all of our anger against each other. If we are to soberly and objectively analyze social reality in terms of systemic social forces, it is the systems that we condemn, not the individuals who dutifully and blindly play their roles (class functions) within those systems.

There is an argument to be made that non-violence is both spiritually and strategically important in waging any battle that works toward the end of human’s and nature’s emancipation. But fetishizing passive patience and respect for contending class interests can also itself be deadingly counterproductive, immobilizing, self-defeating and ethically intolerable. We need an awakened working-class environmental movement willing to champion the struggle against fossil fuel interests and the larger, even more epic struggle against capitalism.