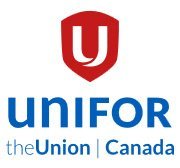 Vancouver: Unifor, Canada’s largest union in the energy sector, says the National Energy Board is out of touch with Canadians. “In spite of overwhelming opposition from Canadians, the National Energy Board has opted to approve the Northern Gateway Project,” said Unifor National President Jerry Dias. “The NEB has shown just how out of touch it is with Canadians. It is once again ignoring very valid concerns.” Dias said that the conditions attached to approval of the project fail to address key problems- such as the massive export of raw bitumen, and with it 25,000 jobs if processing was done in Canada.