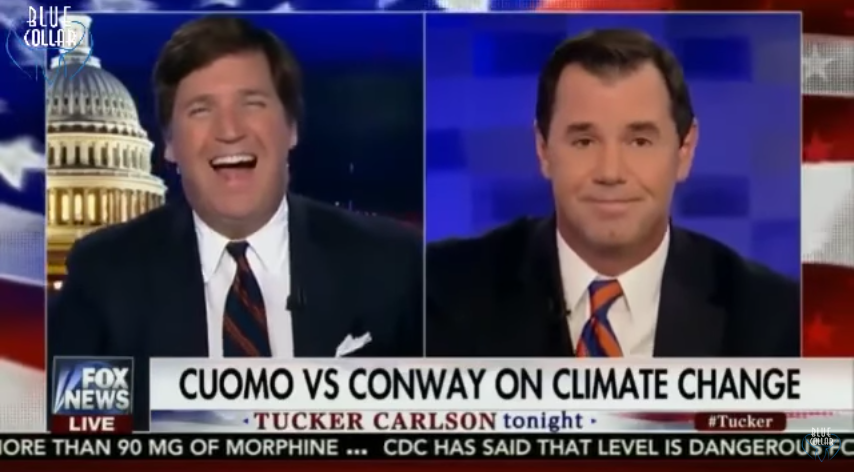 A recent survey by progressive watchdog Public Citizen  (9/12/17) on the media’s coverage of hurricanes Harvey and Irma confirms what’s long been known: Corporate media are indifferent to the causal relationship between climate change and extreme weather, and by far the worst offenders are the Rupert Murdoch–owned Fox News, Wall Street Journal and New York Post.

The survey covered 18 outlets hurricane coverage for the week of August 25–September 1: ten major newspapers, three weekly news magazines, and ABC, CBS, NBC, CNN and Fox News. Out of 2,000 media items, there were only 136 mentions of climate change, many denialist in content. The  Journal had three op-eds and Fox News had two segments that denied—and laughingly mocked—any connection between hurricane intensity and climate change, the survey found:

Other media did better, but some not much more so. ABC News and NBC News didn’t mention climate change at all in the context of Hurricane Harvey or Irma. Other outlets, such as USA Today (8/30/17, 8/30/17), used a “both sides” framing to provide a platform for denialists, but the paper’s editorial ultimately concluded climate change “juiced Hurricane Harvey.”