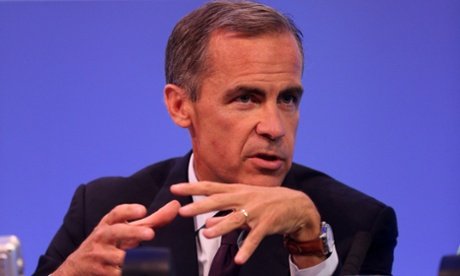 The governor of the Bank of England has reiterated his warning that fossil fuel companies cannot burn all of their reserves if the world is to avoid catastrophic climate change, and called for investors to consider the long-term impacts of their decisions.

According to reports, Carney told a World Bank seminar on integrated reporting on Friday that the “vast majority of reserves are unburnable” if global temperature rises are to be limited to below 2C.

Carney is the latest high profile figure to lend his weight to the “carbon bubble” theory, which warns that fossil fuel assets, such as coal, oil and gas, could be significantly devalued if a global deal to tackle climate change is reached.

The movement has gained traction in recent weeks, with the World Bank leading an initiative with 73 national governments, 11 regional governments, and more than 1,000 businesses and investors to build support for a global price on carbon emissions during the United Nations climate summit in New York.

At the same time, the Global Invest-Divest Coalition of more than 160 institutions and local governments, as well as more than 500 individuals, together pledged to divest $50bn from fossil fuel investments within the next three to five years and reinvest in new clean energy sources….more