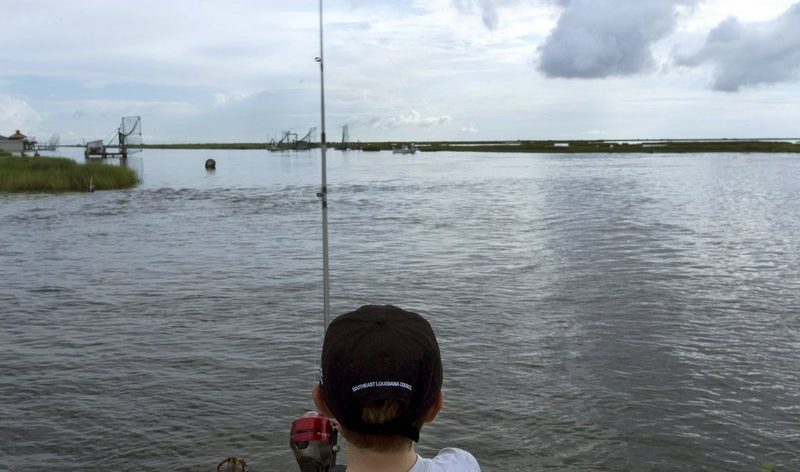 It’s an effort to bring nationwide attention to the issue and speed up the federal permitting process for coastal restoration projects.

“Decades of saltwater intrusion, subsidence and rising sea levels have made the Louisiana coast the nation’s most rapidly deteriorating shoreline,” WWNO’s Travis Lux tells our Newscast unit. “It loses the equivalent of one football field of land every hour.” The governor estimates that if no further action is taken, “2,250 square miles of coastal Louisiana is expected to be lost” in the next 50 years. He emphasized the importance of the land to industries such as energy, maritime transportation and trade.

Lux says the governor hopes this will pave the way to move ahead with coastal projects:

“The state has a plan to implement more than 100 restoration and protection projects — like rebuilding marshes and barrier islands — but some of those projects are getting slowed down by federal environmental permits.”

Those projects are part of a 50-year, $50 billion master plan that was unanimously approved by a state panel on Wednesday, according to The Times-Picayune. The newspaper says the plan “relies largely on money from settlement of the 2010 BP oil spill litigation to speed restoration of coastal land and wetlands and protect them from hurricanes.”

Now Edwards is asking President Trump to declare the erosion of Louisiana’s coast a national emergency and “provide appropriate federal attention and cooperation” to assist the state. The emergency declaration also asks for Congress to “consider legislation to provide for means by which to expedite all federal permitting and environmental review.”

The New Orleans Advocate newspaper points out that Wednesday’s emergency declaration and master plan are designed to work hand in hand:

“The juxtaposition of urgency and long-term planning is necessary when it comes to the coast, state officials have said. Projects to help stave off land loss will take years to design and build, but an emergency declaration could cut years off the permitting process for those projects.”