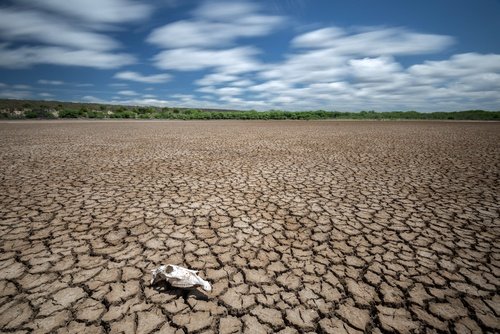 The planet’s air conditioning system is on the blink, working intermittently, losing its glinting, lustrous white reflectiveness, as it turns deep blue, absorbing 90% of sunlight rather than reflecting it back into outer space. The repercussions of Arctic sea ice loss are immense.

“Our planet has actually changed colour,” Peter Wadhams, A Farewell to Ice (Allen Lane an imprint of Penguin Books, 2016). Loss of Arctic sea ice has such an overriding powerful impact on the planet, it warrants this 206-page book. “It is Man’s first major achievement in reshaping the face of his planet, and it is of course an unintended achievement, with dubious and possibly catastrophic consequences to follow.” (p.3)

“There is no period in Earth history that we know about where the rate of rise of atmospheric CO2 is as great as it is today,” Professor Peter Wadhams brings fresh insight to the dynamics behind the interrelationship of Arctic sea ice and climate change/global warming. The conclusions by this preeminent ice scientist are sobering.

According to Professor Wadhams (Cambridge), who is the UK’s most experienced sea ice scientist (50 trips under or on Arctic ice): “The CO2 levels in the atmosphere are already so high that when their warming potential is realized in a few decades, the resulting temperature rise will be catastrophic,” referencing the latency effect of CO2’s maddening dance with global warming.

During the course of the long aftermath of that catastrophe 4.5 gigatons of carbon released into the atmosphere. Over the years, CO2 levels rose at a rate of 0.2 ppm per year. Whereas, in shocking contrast to that rate of CO2, the current rate is off-the-charts at 3.0 ppm per year with humans trouncing by a factor of 15 times the aftermath of an asteroid slamming into Earth. Notably, as for CO2 emissions, mortals are currently one-upping a gigantic asteroid, hands down!

Ergo, with anthropogenic (human-caused) emissions kicking up CO2 faster than ever before in scientific history at 15 times the cataclysmic after-affects of an asteroid collision, what are the consequences?

For starters, the planet’s atmospheric carbon budget required to stay steadfast and calm, meaning the Goldilocks’ formula “not too hot, not too cold,” is filling up fairly quickly. Furthermore, as boldly stated by Professor Wadhams: “We have destroyed our planet’s life support system by mindless development and misuse of technology. A mindful development of technology, first for geoengineering, then for carbon removal, is now necessary to save us. It is the most serious and important activity in which the human race can now be involved, and it must begin immediately.”

Still, many engineers and scientists have reservations about whether a “big fix,” like geo-engineering and carbon removal, will really work. And as of today, there is no practicable, workable, affordable “big fix” ready to go, only lots of chatter and plenty of theory.

A Farewell to Ice introduces the public to anthropogenic (human-caused) climate change that already borders on exceeding safe limits, thereby risking a collapse of the ecosystem. It’s when the ole clarion bells should be ringing loud and clear in the public square, warning of impending danger, or as the professor says, “a call to arms” (chapter 14).

Chapter 9 of the book, “Arctic Methane, a Catastrophe in the Making,” is far and away most alarming. His opening paragraph is a worthy synopsis: “The potentially catastrophic feedback effect that I am about to describe arises from the combination of two phenomena: sea ice retreat, and the continued existence of offshore permafrost in shallow Arctic seas” (p.121). Albeit, this is but one of several feedback curses that comes along with loss of Arctic sea ice.

In a typical cautious mode, scientists do not use the word “catastrophe” lightly. Yes, it is easy to brush off characterizations like “catastrophe” as one of many, maybe too many, threats about the global warming/climate change juggernaut. Though, it is not a theory or a model that Professor Wadhams references. Bona fide scientists in the field are actually observing methane plumes bubbling up to surface in the East Siberian Arctic Shelf and as of recently, elsewhere in the Arctic as well. Field scientists see and measure the methane bubbles. No modeling necessary. The wide-open blue sea without its icy cover makes it easy for ships to traverse the water and much, much easier for heat from sunlight to penetrate ancient methane hydrates, i.e., methane trapped in a crystal structure of water aka: “fire ice.”

For example, Igor Semiletov of the International Arctic Research Centre at the University of Alaska Fairbanks, who led the 8th joint US-Russia expedition of the East Siberian Arctic Seas said he had never before witnessed the scale and force of methane being released: “Earlier we found torch-like structures like this but they were only tens of metres in diameter. This is the first time that we’ve found continuous, powerful and impressive seeping structures more than 1,000 metres in diameter. It’s amazing… Over a relatively small area we found more than 100 but over a wider area there should be thousands… We carried out checks at about 115 stationary points and discovered methane fields of a fantastic scale – I think on a scale not seen before. Some of the plumes were a kilometer or more wide and the emissions went directly into the atmosphere – the concentration was a hundred times higher than normal,” Vast Methane ‘Plumes’ Seen in Arctic Ocean as Sea Ice Retreats, Independent, Dec. 13, 2011. And, that was 5-6 years ago! Talk about sleepless nights! Batten down the hatches.

It should be noted that the Arctic methane issue is not a major concern of mainstream scientists, e.g., the Intergovernmental Panel on Climate Change (IPCC) does not address it as seriously as warranted, not even close. But, as explained by Professor Wadhams, the IPCC misses the crucial facts behind hard data and observation. Maybe their models are “not with it!”

As explained in Wadhams’ book, methane plumes are observable, and as he is fond of saying, he opts for direct personal observation over “modeling,” which is however a useful scientific tool. As far as that goes, here’s why scientific models probably overlook the obvious: “We must remember — many scientists, alas, forget – that it is only since 2005 that substantial summer open water has existed on Arctic shelves, so we are in an entirely new situation with a new melt phenomenon taking place” (p. 123).

Frustratingly, science is deliberately slow to reach conclusions, per Wadhams: “There is a natural caution which causes scientists not to assign a new phenomenon to a definite cause-and-effect chain until it has recurred sufficiently often to make such an association statistically valid” (pgs. 136-37).

It’s the shallowness of the water in the East Siberian Arctic Shelf that’s the devil in disguise because shallow water columns allow the frozen methane hydrates, frozen in place ever since the last Ice Age, to come to surface rather than oxidize within the sea. Thereby releasing greenhouse gas CH4 into the atmosphere. In Wadhams’ words: “The East Siberian Arctic Shelf is exceptionally shallow – more than 75 per cent of its entire area of 2.1 million square kilometres is shallower than 40 metres – so most of the methane gas avoids oxidation in the water column and is released into the atmosphere” (p. 123).

Accordingly, atmospheric concentrations of methane above sea surface have already been measured at 4 times normal atmospheric levels. That’s a lot! So, it’s happening right now, meaning the worst possible case has already started. The gravity of the issue is that CH4 is much, much more powerful, at least 20 times, per molecule than is CO2 at accelerating global warming.

Therein lies the heart of the problem; too much CH4 risks an acceleration of global warming, catching humankind with its pants down, and maybe something as horrendous as sudden runaway global warming at some indeterminate time in the future; that’s when earthlings congregate amongst swaying palm trees in Antarctica and the far reaches of northern/southern latitudes as “crowd control” takes precedence.

Accordingly, Dr. Wadhams’ summation of the methane threat: “It is important that we recognize the threat that this poses to the climate, a threat which is immediate even though it has been belittled by the IPCC in its Fifth Assessment.” (p. 133)

Professor Wadhams’ research and theses do not necessarily agree with mainstream science; nevertheless, he stands by his work because he believes in old-fashioned boots-on-the-ground field research rather than “modeling,” which certainly has an important role to play in scientific research, but not when field studies and observable data show otherwise.

Peter Wadhams’ A Farwell to Ice is well written in a tone and style that reads easily for both a lay and professional audience. It is radical and informative and straightforward and scary. Those particulars combine as a tome that should prompt a fast and hard clanging of the ole clarion bells in the pubic square because that’s what alerts the townspeople to approaching danger.

In spooky fashion, Wadhams’ A Call to Arms, chapter 14 states: “… existing level of carbon dioxide in the atmosphere is sufficient to cause unacceptable amounts of warming in the future. We no longer have a ‘carbon budget’ that we can burn through before feeling worried that we have caused massive climate change. We have burned through the budget and are causing the change now.” (p. 192)
That disturbingly provocative statement, which by all measures, should be highly controversial within the scientific community, is footnoted: Wasdell, D. (2015), Facing the Harsh Realities of Now, www.apollo-gaia.org. (P.219)

Postscript: “In the Polar Regions today, we are seeing what may be early signs of man-induced climate change.” Margaret Thatcher (a trained chemist) speaking to UN General Assembly Nov. 8, 1989. She ascribed her statement to “a British Scientist on board a ship in the Antarctic Ocean.” (P. 197) His name: Peter Wadhams.

Margaret Thatcher founded the Hadley Centre for Climate Research and Prediction at the UK Meteorological Office in 1990, and she pressed for international action on the issue.

Robert Hunziker lives in Los Angeles and can be reached at roberthunziker@icloud.com