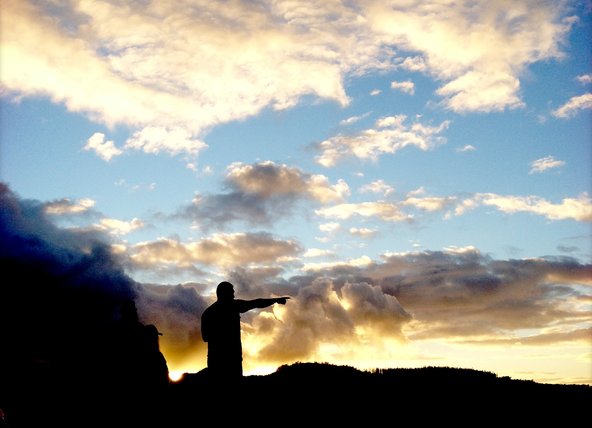 Learning how to die in the anthropocene

Driving into Iraq just after the 2003 invasion felt like driving into the future. We convoyed all day, all night, past Army checkpoints and burned-out tanks, till in the blue dawn Baghdad rose from the desert like a vision of hell: Flames licked the bruised sky from the tops of refinery towers, cyclopean monuments bulged and leaned against the horizon, broken overpasses swooped and fell over ruined suburbs, bombed factories, and narrow ancient streets. With “shock and awe,” our military had unleashed the end of the world on a city of six million — a city about the same size as Houston or Washington. The infrastructure was totaled: water, power, traffic, markets and security fell to anarchy and local rule. The city’s secular middle class was disappearing, squeezed out between gangsters, profiteers, fundamentalists and soldiers. The government was going down, walls were going up, tribal lines were being drawn, and brutal hierarchies savagely established.