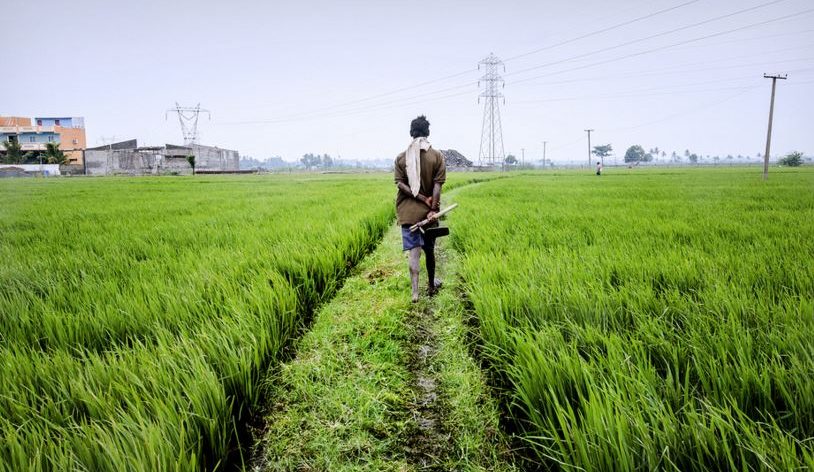 Labor in the age of climate change

Climate change must be stopped. But who will do the stopping? Who, in other words, could be the political subject of an anticapitalist climate revolution?

I am convinced this social agent could be, and indeed must be, the global working class. Yet to play this role, the working class must develop an emancipatory ecological class consciousness.

Fortunately, history is rife with examples of this kind of green-red synthesis — labor environmentalism is as old as the trade union movement.

For much of its existence, labor environmentalism focused on the workplace and the living environment of working-class communities, linking occupational health and safety with the protection of public and environmental health.

In the 1990s, labor environmentalism began embracing the concepts of “sustainable development” and the “green economy.” More recently, as climate change has intensified, “just transition” (JT) has become the idea du jour. JT is based on the notion that workers shouldn’t bear the brunt of the shift to a low-carbon economy, whether in the form of job losses or destabilized local communities.

To this end, blue-collar unions — particularly those in heavy industry, transport, and energy — have forged so-called blue-green alliances with environmental groups across the globe. These convergences demonstrate a growing consensus around the need to tackle climate change, advancing union involvement and sustainability as the means to that end.

Yet important cleavages exist within this consensus, especially when it comes to the just transition. Some groups simply push for job creation in a greened economy. Others, refusing to abide market solutions, have adopted a radical critique of capitalism.

How this schism shakes out will decide whether labor unwittingly bolsters capital — or confronts capital and climate change.

The predominant strain of JT, content to push for a greener economy within capitalism, is represented most faithfully by the International Trade Unions Confederation (ITUC).

Formed in 2006 out of the merger of two transnational labor confederations, the ITUC launched the first international labor program on climate change policies the same year. Soon after, special union offices emerged to formulate official positions on global warming — positions that have increasingly cottoned to the just-transition concept.

For groups like the ITUC, JT means investing in low-emission and labor-intensive technologies and sectors, coupled with training programs and income support for newly unemployed workers in polluting sectors.

They imagine the transition as a conflict-free win-win — that a more sustainable capitalism can come about through “dialogue and democratic consultation” with “social partners and stakeholders,” alongside “local analysis and economic diversification plans in order to help local governments to manage the transition to a low carbon economy and enable green growth.”

The UN’s International Labour Organization (ILO) has arguably been the most active in promoting this transitional approach, advancing a consensus-based model that invites corporations, states, and unions to the negotiating table. They view the union’s responsibility as simply proposing reduction targets for greenhouse gases and production levels, with an eye toward the effects on jobs.

The ILO and ITUC are keen on emphasizing the economic benefits of just transition as well. Echoing the landmark Stern Review — which was released in 2006 at the behest of the British government and argued that the economic costs of fighting climate change were far less than the costs of inaction — the ITUC declared that mitigation action actually aids employment. Central to their approach is the notion that government intervention can balance costs and distribute benefits among social parties.

If carefully planned, for instance, infrastructure for mitigation and adaptation can make climate change a job creator — not a job killer. The ITUC even sees investments that protect territories and populations from future climate events as a potential source of economic growth.

But these visions of harmony and shared benefits overlook the impact massive infrastructure projects would likely have on local communities and ecosystems. And the ILO/ITUC plan’s emphasis on consultation and social dialogue, good governance, and enhanced communication papers over inescapable tensions and fissures.

For one, the ILO/ITUC plan doesn’t acknowledge the barriers erected by international trade agreements, which pressure governments to roll back social policies, ignore (if not destroy) local economies, and adopt a competitiveness model based on ever-lower labor costs and eviscerated trade unions.

Little wonder, then, that — as top ITUC executives concede — the “virtuous circle” between climate-action and labor policies promoted by the ILO, ITUC, and other UN agencies has failed to gain any traction in climate negotiations.

The potential for job creation through climate change mitigation (e.g., substitution of fossil fuels with renewable energy) is also far from guaranteed. Because investment in such projects will vary, it is more likely to heighten uneven development and inequality – something scarcely considered in the plan.

Instead, the two organizations see a bumper crop of new jobs: six million in solar power, two million in wind power, and twelve million in biofuels-related agriculture and industry by 2030. This prognostication glosses over the fact that large-scale and capital-intensive “clean energy” sources like biofuels and hydropower have already demonstrated their ambiguous — and at times wholly detrimental — social impact.

Green labeling is similarly suspect. Using this gimmick, many traditional forms of production — like cash-crop farming — are simply relabeled “sustainable” and employed to inflate the green economy ledger. In Brazil, for example, biofuels production — mostly derived from sugarcane — accounts for more than 50 percent of the country’s green jobs.

What’s more, working conditions in the sugarcane plantations are far below international standards, with human, labor, and indigenous rights habitually violated. Planned mechanization in the sector will put thousands of workers out of a job, without compensation or alternative employment. And sugarcane monoculture and processing threaten the environment and public health, all while stoking conflict with communities by destroying local food production.

Yet the Brazilian biofuel industry garners ongoing government, trade union, and ILO support due to its status as a green-energy producer.

A big part of the problem is that, in assessing policies and envisioning solutions, both the ITUC and ILO prioritize market-oriented and mainstream scientific research in environmental economics over more radical and politically minded studies. Bottom-up knowledge produced by environment justice movements and ecosocialist perspectives are both virtually ignored in the official JT discourse.

Consequently, none of the ILO/ITUC statements make the connection between the ecological and economic crises on the one hand, and the global politico-economic system on the other. Instead, when it is discussed at all, the economy is presented as capable of internal reform. How? By coordinating different national schemes, each calibrated to that nation’s development stage.

Moreover, in placing unconditional faith in “green growth,” ITUC seems unaware that such growth is already taking place — and not despite the economic crisis, but precisely because of it. Capital welcomes “green growth” as a new means of accumulation that will revivify private business, just as World War II and postwar reconstruction pulled capital out of the 1930s Depression.

They’re less concerned, of course, about whether the (purported) greening of the capitalist economy will yield decent work conditions and stable employment. On the contrary, employers will probably take advantage of this restructuring to eliminate residual workers’ rights, as the case of the Brazilian biofuels industry makes clear.

The increasing dominance of the just-transition discourse isn’t entirely bad. At the very least, it has opened up new possibilities for labor-oriented climate policies — some of which are fairly radical.

The most interesting example is the One Million Climate Jobs (OMCJ) campaign. Initially launched by a UK coalition of trade unions with a green-growth agenda, the campaign was also embraced by a South African labor/environmental/social movement coalition in 2011.

Originally, the campaign favored a Keynesian investment scheme designed to create “climate jobs” — distinct from generic “green jobs” in that they seek to drastically cut the emission of carbon dioxide, methane, and other greenhouse gases.

In the UK, these “climate jobs” were understandably linked to the eight tons of annual CO2 emissions produced by the electricity, construction, and transport sectors. But this focus also narrowed the potential of the initiative. By restricting its vision to classically blue-collar jobs the campaign overlooked other sectors, like the food and service industries and reproductive, regenerative, and subsistence work. In doing so, they effaced a linchpin of social and economic well-being in any economy, and a crucial starting point for any reconceptualization of the economy.

Yet when the campaign was taken up in South Africa, it became something much more radical, underscoring the campaign’s potential to mobilize more critical, transformative approaches. In South Africa, the combined effect of two global crises — rising socioeconomic inequality and climate change — have produced tremendous tensions between official commitments to de-carbonize the economy and to reduce poverty (including energy poverty).