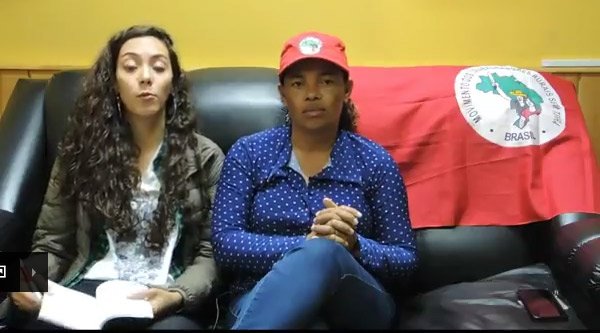 Interview with a Militant of the MST

This video is an interview with an MST militant, Eliane Oliveira, that we conducted in March during a delegation of the Campaign to STOP Genetically Engineered Trees in Chile.
We were there investigating the social and ecological impacts of industrial timber plantations on people, water, wildfires and ecosystems, as well as the potential for GE tree plantations to worsen these already severe impacts.

We brought Eliane Oliveira and two other organizers from Brazil to speak with the Indigenous Mapuche and other rural communities in Chile about the campaigns waged against eucalyptus plantations and GE trees in Brazil and the overlaps with the struggles against tree plantations in Chile. Eliane spoke about the MST campaign that is taking back land from the plantations to give to landless peasants in Brazil.
This interview emerged from that delegation and those conversations.