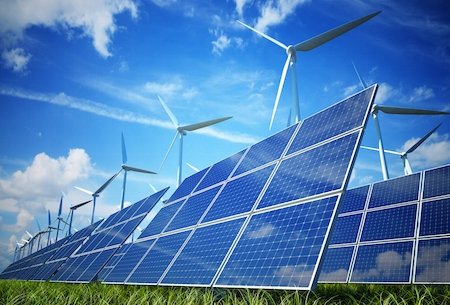 The 22nd meeting of the United Nations Conference of the Parties (COP22) in Marrakesh Morrocco concluded on November 18, having made dogged progress despite the looming spectre of President Donald Trump . (see “7 things you missed at COP22 while Trump hogged the headlines“). 150 trade union members from 50 countries comprised a delegation led by the International Trade Union Confederation (ITUC). On November 18, the ITUC released their assessment of COP22: “ Marrakech Climate Conference: Real Progress on economic diversification, transformation and just transition, but more ambition and more finance needed”.

The three “top line” ITUC demands going in to the meetings can be summed up as: greater ambition and urgency for action; commitments on climate finance, especially for vulnerable countries, and commitment to just transition for workers and communities. The summary of demands is reproduced at the Trade Unions for Energy Democracy website and described in detail in the ITUC Frontlines Briefing: Climate Justice COP 22 Special Edition. (Note that one of the case studies in the Special Edition highlights the president of Unifor Local 707A in Fort McMurray, Alberta, who describes the union’s efforts to lobby government, to bargain for just transition provisions, and to sponsor job fairs for displaced workers.) The union demands are consistent with the issues raised in Setting the Path Toward 1.5 C – A Civil Society Equity Review of Pre-2020 Ambition. The ITUC is a signatory to the Setting the Path document – along with dozens of other civil society groups, including Canada Action Network, David Suzuki Foundation, and Friends of the Earth Canada.

The ITUC Special Edition statement announced “…the ITUC and its partners are establishing a Just Transition Centre . The Centre will facilitate government, business, trade unions, communities, investors and civil society groups to collaborate in the national, industrial, workplace and community planning, agreements, technologies, investments and the necessary public policies.” The “partners” mentioned include the United Nations Environment Programme (UNEP), the B Team , an international network of business executives who believe that “the purpose of business is to become a driving force for social, environmental and economic benefit” and We Mean Business, a coalition of business, NGO and government policy organizations promoting the transition to a low-carbon economy.

As an aside: The CEO of We Mean Business wrote A Just Transition to defeat the populist politicians (Nov. 5), summing up the business point of view about Just Transition. See excerpts here.

The European Trade Union Congress, a member of ITUC, promoted five demands in its own Position Statement , adopted by the Executive Committee on the 26-27 October. The ETUC demands largely mirror those of ITUC but also call for concrete action to move the issue of Just Transition from the Preamble of the Paris Agreement, ( where it landed by compromise ) . “The COP 22 must now urge Parties to integrate just transition elements into their national contributions, notably by mandating the Subsidiary Bodies Implementation (SBI) and for Scientific and Technological Advice (SBSTA), for they define the terms of this integration.” The ETUC urges that the ILO Principles for a just transition to environmentally sustainable economies and societies for all provide an internationally recognized reference for governments and social partners concerning just transition.