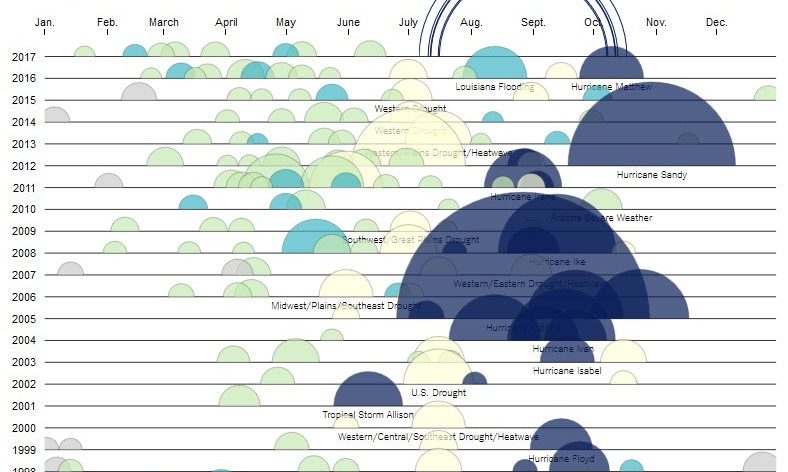 Interactive Graphic: The Cost of Hurricane Harvey: Only One Recent Storm Comes Close

It’s far too early for a definitive estimate of the economic damage caused by Hurricane Harvey. Floodwaters still swamp large swaths of the Houston area and beyond, into far eastern Texas and Louisiana.

But three independent estimates from people who specialize in disaster and risk management show that the storm is likely to be the most expensive or second-most expensive natural disaster in the United States since 1980, the earliest year such comparable data was kept by the National Centers for Environmental Information. On Friday, estimates for Harvey from these groups ranged from $70 billion to $108 billion.

The estimates are unofficial and changing daily as the storm continues and as the scope of the damage is better understood. But even these initial estimates stand out on a chart comparing the costs of every natural disaster costing $1 billion or more since 1980 (adjusted for inflation).