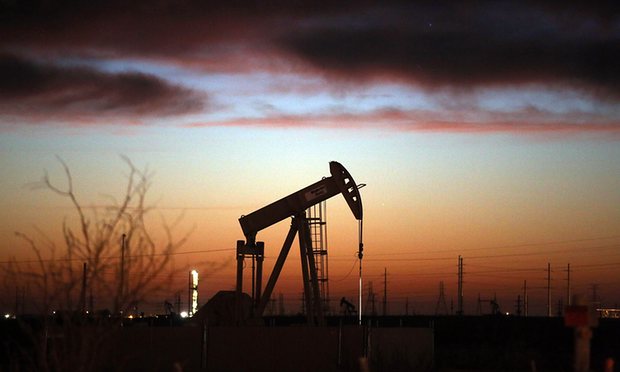 A huge deposit of untapped oil, possibly the largest ever discovered in the US, has been identified by the US Geological Survey (USGS) in west Texas.

The USGS estimated that 20bn barrels of oil was contained within layers of shale in the Permian Basin, a vast geological formation that stretches across western Texas and an area of New Mexico. The discovery is three times larger than the Bakken oilfields of North Dakota and is worth around $900bn.

The enormous deposit, in the Midland Basin Wolfcamp shale area that includes the cities of Lubbock and Midland in Texas, is the largest continuous oilfield ever discovered by the USGS. The area also includes 16tn cubic feet of natural gas and 1.6bn barrel of natural gas liquids.

“The fact that this is the largest assessment of continuous oil we have ever done just goes to show that, even in areas that have produced billions of barrels of oil, there is still the potential to find billions more,” said Walter Guidroz, program coordinator for the USGS energy resources program.

“Changes in technology and industry practices can have significant effects on what resources are technically recoverable, and that’s why we continue to perform resource assessments throughout the United States and the world.”

More than 3,000 horizontal oil wells have already been drilled in the Midland Basin Wolfcamp region. The geology of the area requires many firms to use hydraulic fracturing, or fracking, to remove oil and gas from the shale formations, which can be as much as a mile thick in some places.

A recent rush to open up the Permian Basin has helped push oil prices down, with this and other woes causing the US oil industry to lose $67bn last year. President-elect Donald Trump has promised to open up new areas for oil, gas and coal as part of an “America first” energy policy that will involve the eradication of funding for clean energy.

According to a report released by the thinktank Oil Change International in September, all the world’s working coalmines and oil and gas fields contain enough carbon to push the world beyond the threshold for catastrophic climate change.