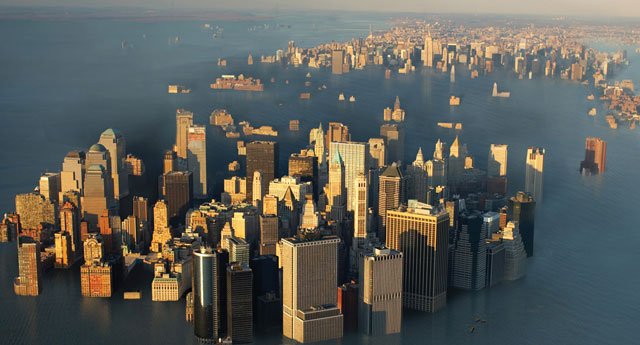 For some in the environmental movement, it has been tempting to believe that “innovation” and free market solutions could address the challenge of climate disruption. In his provocative and robustly argued book Green Capitalism: The God That Failed, Richard Smith shows why that idea is a myth. Click here to order this important book today with a donation to Truthout!

The following is an abridged excerpt from the essay “How did the common good become a bad idea? The eco-suicidal economics of Adam Smith,” in Green Capitalism: The God That Failed.

While capitalism has brought unprecedented development, this same motor of development is now driving us towards ecological collapse, threatening to doom us all. Adam Smith’s capitalist economics can offer no solution to the crisis because the crisis is the product of the same dynamic of competition-driven production for market that generates the ever-greater accumulation of wealth and consumption that Smithian economists celebrate. In his 1996 book The Future of Capitalism, Lester Thurow lucidly captured the socially suicidal aggregate impact of individualistic economic decision-making:

“Nowhere is capitalism’s time horizon problem more acute than in the area of global environmentalism… What should a capitalistic society do about long-run environmental problems such as global warming or ozone depletion?… Using capitalist decision rules, the answer to what should be done today to prevent such problems is very clear — do nothing. However large the negative effects fifty to one hundred years from now might be, their current discounted net present value is zero. If the current value of the future negative consequences is zero, then nothing should be spent today to prevent those distant problems from emerging. But if the negative effects are very large fifty to one hundred years from now, by then it will be too late to do anything to make the situation any better, since anything done at that time could only improve the situation another fifty to one hundred years into the future. So being good capitalists, those who live in the future, no matter how bad their problems are, will also decide to do nothing. Eventually a generation will arrive which cannot survive in the earth’s altered environment, but by then it will be too late for them to do anything to prevent their own extinction. Each generation makes good capitalist decisions, yet the net effect is collective social suicide.”

Lester Thurow, almost alone among mainstream economists as near as I can tell, recognizes this potentially fatal contradiction of capitalism — even though he is no anti-capitalist and wrote the book from which this excerpt is drawn in the hopes of finding a future for capitalism. Until very recently the standard economics textbooks ignored the problem of the environment altogether. Even today, the standard Econ 101 textbooks of Barro, Mankiv and so on, contain almost no mention of environment or ecology and virtually no serious consideration of the problem. This reflects the increasingly rightward drift of the discipline since the seventies. The American economics profession has long-since abandoned the practice of critical scientific thought to seriously dissenting views. Today, a neo-totalitarian “neoliberal” religious dogma rules the discipline. Keynesianism, liberalism, to say nothing of Marxism, are all dismissed as hopelessly antiquated, ecological economics is suspect, and the prudent graduate student would be well advised to steer clear of such interests if he or she wants to find a job. As Francis Fukuyama put it back in the 90s after communism collapsed, history has reached its apogee in free-market capitalism and liberal democracy. The science of economics, Fukuyama pronounced, was “settled” with Adam Smith’s accomplishment. The future would bring no more than “endless technical adjustments” and no further theoretical thought is required or need be solicited.

Economic Theology and Denial: Free-Market Economists Versus the Fact of Limits

(Image: WEA Books)For Smithian economists, the notion that there are, or should be, limits to economic growth is just beyond the pale of thinkable thought. For to admit that growth is a problem, let alone the problem, is to concede a fatal flaw in the whole system and opens the door to challenge from the left. So across the entire spectrum of mainstream economics, Smithian economists, for all their important differences, still all belong to the same church of “Can’t Stop Shopping” and worship the same idols of growth and consumption. At the extreme right, market fundamentalists like Milton Friedman, Gary Becker and adherents of the Chicago school simply deny that there is any environmental problem, certainly none that the market can’t solve. Thus, in a 1991 interview, Milton Friedman ridiculed environmentalists with his trademark condescending and nasty vitriol:

“The environmental movement consists of two very different parts. One is the traditional conservation groups, who want to save resources et cetera. The other is a group of people who fundamentally aren’t interested in conservation at all, and who aren’t primarily interested in pollution. They’re just long-term anti-capitalists who will take every opportunity to trash the capitalist system and the market economy. They used to be communists or socialists, but history has been unkind to them, and now all they can do is complain about pollution. But without modern technology, pollution would be far worse. The pollution from horses was much worse than what you get from automobiles. If you read descriptions of the streets of New York in the nineteenth century…”

And in his sadoeconomic screed Free to Choose, the anti-communist warhorse complained that:

Friedman’s redneck eco-know-nothingism has long defined the far-right wing of US economic theology but his confident assumption that endless growth is sustainable is shared by the entire profession of mainstream economists regardless of their important differences. If we look at the far-left extreme of acceptable economic thought, say Paul Krugman, we hear the same “can’t stop progress” mantra: writing in the New York Times Krugman wonders “if there isn’t something a bit manic about the pace of getting and — especially — spending in fin-de-siècle America”:

“But there is one very powerful argument that can be made on behalf of recent American consumerism: not that it is good for consumers, but that it has been good for producers. You see, spending may not produce happiness, but it does create jobs, and unemployment is very effective at creating misery. Better to have manic consumers American style, than the depressive consumers of Japan… There is a strong element of rat race in America’s consumer-led boom, but those rats racing in their cages are what keep the wheels of commerce turning. And while it will be a shame if Americans continue to compete over who can own the most toys, the worst thing of all would be if the competition comes to a sudden halt.”

Paul Krugman is a brilliant economist but the Smithian premises of his theoretical framework cannot allow that we could actually run out of resources to make all those toys.

There you have it: insatiable growth and consumption are destroying the planet and will doom humanity in the long run — but without ceaselessly growing production and insatiably rising consumption, we would have economic collapse in the short run.

Who Looks Out for the Common Good

Adam Smith’s economics is an idea whose time has passed. Specialization, planless, anarchic production for market, single-minded pursuit of profit maximization at the expense of all other considerations, was the driving engine that generated the greatest advances in industrial and agricultural productivity, and also the greatest accumulation of wealth the world has ever seen. But that same engine of development, now immensely larger and running at full throttle, is overdeveloping the world economy, overconsuming the world’s resources, flooding the world’s waters and atmosphere with toxic and warming pollution, and propelling us off the cliff to ecological collapse, if not extinction. Adam Smith’s fatal error — fatal for us — was his assumption that the “most effectual” means of promoting the public interest, the common good of society, is to just ignore it and focus exclusively on the pursuit of individual economic self-interest.

Even with respect to the public interest of the economic welfare of society, Smith’s thesis that the invisible hand of the market would automatically bring about “universal opulence which extends itself to the lowest ranks of the people” as “a general plenty diffuses itself through all the different ranks of the society” could hardly have been more mistaken. Two-and-a-quarter centuries after Smith wrote, global capitalist development has produced the most obscenely unequal societies in history, with half the world living on less than two dollars a day, billions of people living in desperate poverty, many times more than the entire population of the world in Smith’s day, while a tiny global elite, even just a few hundred individuals, concentrate an ever-growing share of the world’s wealth, which they lavish on “opulence” on a hitherto unimagined scale. On this breath-taking failure of social scientific prediction alone, Smith’s economic theory ought to have been ridiculed and drummed out of the profession long ago, as such a comparable predictive failure would have been in the natural sciences.

With respect to the public interest of broader societal concerns, which today would include the environment, Smith’s philosophy of economic individualism as the means to maximize the public interest — the common good of society — is not only completely wrongheaded, it’s suicidal. And it is completely at odds with the world’s scientists and scientific bodies who are crying out for a plan — a plan to stop global warming, to save the forests, to save the fisheries, to stop ocean acidification, to detoxify the planet, to save the thousands of creatures from extinction, etc. But capitalist economists, even the most humane like Paul Krugman or Joe Stiglitz, are hostile to the idea of economic planning.

Corporations aren’t necessarily evil. They just can’t help themselves. The problem is that the critical decisions that affect the environment, decisions about what and how much to produce, about resource consumption, about pollution — are not in society’s hands and not even in the hands of the government. Those decisions are in private hands, mainly in the hands of large corporations. Thus when these imperatives clash, CEOs have no choice but to make systematically wrong decisions. In Adam Smith’s day this didn’t matter so much because companies were so small and had little impact on the environment. But today, when huge corporations have the power, the technology and every incentive to melt the icecaps, it matters. Leaving the global economy in the hands of private corporations, subject to the demands of the market, is the road to collective eco-suicide.

Richard Smith is an economic historian. He wrote his UCLA history Ph.D. thesis on the transition to capitalism in China and held post-docs at the East-West Center in Honolulu and Rutgers University. He has written on China, capitalism and the global environment and on related issues for New Left Review, Monthly Review, The Ecologist, the Journal of Ecological Economics, Real-World Economics Review, Adbusters magazine and other publications. He is presently completing a book on China’s communist-capitalism and ecological collapse.

Green Capitalism: The God That Failed

Greening the US Energy Workforce

Green Capitalism: How Multinationals Use Climate Change to Impose an Industrial Agricultural Model