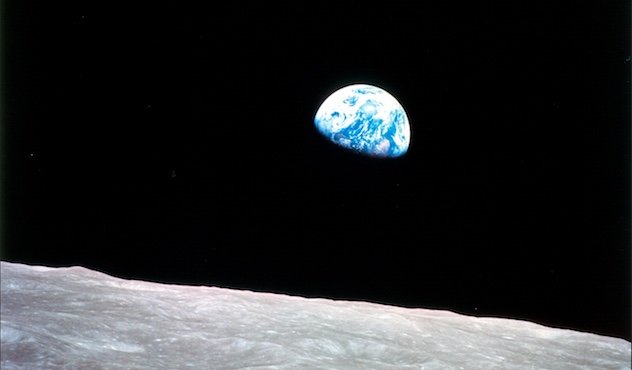 How the First Earth Day Happened

There was no guarantee the first Earth Day—April 22, 1970—would be the out-of-the-gate smash it turned out to be. What ended up as the Earth Day we now take for granted was spearheded by a U.S. senator and a scruffy group of organizers who ended up entraining millions of Americans into their cause, one whose time was more than ripe.

Gaylord Nelson served two terms at the helm of Wisconsin, where he was known as the “conservation governor,” before he won election to the U.S. Senate in 1963. Nelson arrived in Washington with environmental concerns a top priority. He and his colleagues made some progress at the federal level through the 1960s, including the Wilderness Act of 1964 that protected more than 9 million acres from development, but the nation’s air and water remained heavily polluted.

Public opinion swung hard toward environmental protection near the decade’s end. In January 1969, a major oil spill contaminated the Santa Barbara Channel, and in June of that year the Cuyahoga River in Cleveland literally caught fire (and not for the first time, either). These twin crises got massive media coverage, and the landscape was primed for a national event to catalyze the public.

That year, Nelson began to pursue the idea of an environmental “teach-in.” The name was drawn from campus-based awareness-raising events that had been held across the country for years. Nelson envisioned a more community-based format, with local teach-ins occurring nationwide on the same day. In a crucial move for making Earth Day a truly bipartisan effort, Nelson, a Democrat, recruited Republican Senator Paul McCloskey in November 1969 to serve as co-chair of the evolving initiative.

Although some of Nelson’s colleagues proposed running the teach-in like a political campaign, Nelson insisted that the day itself be a decentralized affair, fed by the energy and ideas of schools, churches, and community groups around the country. Minimal organization came from a D.C.-based office called Environmental Teach-In, staffed by a small group of young organizers. April 22 was chosen as the date, in part because it fell between spring break and final exams.

A new holiday for a new decade

The name Earth Day made its public debut with a full-page ad from Environmental Teach-In published in the New York Times on January 18, 1970. It read in part:

Earth Day 1970 arrived with an outpouring of marches, speakers, and teach-ins around the country. CBS newscaster Walter Cronkite, the nation’s preeminent anchor at the time, hosted an hour-long special that night, “Earth Day: A Question of Survival.” The transcript serves as an illuminating window on the day’s events and issues (including a lack of ethnic diversity, echoing concerns that continue in environmental circles today). In his wrap-up, Cronkite cautioned “the politicans who see this as a safe crusade,” adding, “they seem to have missed the point that it will involve treading on more special interests than ever in our history. For the first time, they may even have to come out against motherhood.”

Gaylord Nelson managed to appear at four events in four states on April 22, including a teach-in in Denver that also drew mayor William McNichols and governor John Love.

According to the Gaylord Nelson Collection at the University of Wisconsin, “A commonly cited attendance figure for all Earth Day 1970 gatherings is 20 million. Realistically, the work of 9 people over 4 months could never have organized 20 million people. The accumulated estimates for public events in major cities amount to only a fraction of that figure. In truth, it would have been impossible to count Earth Day participants. Earth Day happened in so many corners and took so many forms that to capture its extent would have been as difficult for journalists in 1970 as it is for historians today.”

The huge turnout on Earth Day clearly served as a shot in the arm to the work of Nelson and others trying to gain legislative traction on protecting U.S. air and water. President Richard Nixon soon signed the Clean Air Act, Clean Water Act, and Endangered Species Act, and the Environmental Protection Agency was founded—all within a few months of that first Earth Day.

For decades, Earth Day was a U.S.-centric affair; even Canada’s first Earth Day did not happen till 1980. After the threat of global climate change gained a high profile in the late 1980s, the original U.S. Earth Day coordinator, Denis Hayes, led the re-envisioning of Earth Day as a worldwide event. The 1990 Earth Day involved 141 countries and 200 million people.

The Earth Day you may not know about

There’s been another Earth Day ever since the early 1970s, celebrated each year on the northern spring equinox. It’s marked by a peace bell that’s rung on the equinox at the United Nations headquarters and in many other cities around the world.

This parallel Earth Day sprang from the dedication of John McConnell, a peace activist based in San Francisco. In 1969, McConnell was reportedly spellbound by the first full-disc images of Earth, which were collected by the Apollo 10 mission in the spring of 1969. McConnell took the initiative in 1969 to create a simple flag featuring an abstracted full-disc portrait of Earth’s clouds against a solid blue background. Although not associated with the official Earth Day, this flag and subsequent versions using NASA’s famed Blue Marble images have become fixtures at Earth Day events.

McConnell began using the term Earth Day in 1969, and his efforts convinced San Francisco mayor Joseph Alioto to issue the first Earth Day proclamation on March 21, 1970. UN secretary general U Thant inaugurated the annual Peace Bell ceremony at the UN with a 1971 proclamation.

Gaylord Nelson lived to see many subsequent Earth Days before his death in 2005 at the age of 89. A letter to students written by Nelson for the silver-anniversary Earth Day in 1995 is well worth pondering this week:

“Forging and maintaining a sustainable society is The Challenge for this and all generations to come. At this point in history, no nation has managed to evolve into a sustainable society. We are all pursuing a self-destructive course of fueling our economies by drawing down our natural capital—that is to say by degrading and depleting our resources base—and counting it on the income side of the ledger. This, obviously, is not a sustainable situation over the long term.

“I am optimistic that this generation will have the foresight and the will to begin the task of forging a sustainable society. I urge you to make Earth Day a lifelong pursuit so that future generations may enjoy and pass along the bounties of our land, air and water.”

Here at Category 6, Jeff Masters and I will be covering Earth Day in special posts throughout the week, leading up to the first-ever March for Science scheduled for Earth Day itself—Saturday, April 22. Watch this space!  We’ll also be keeping an eye on Invest 91L, a large, vertically stacked, non-tropical low spinning in the central Atlantic. 91L is expected to loiter in the region over the next several days. With sea surface temperatures near or just below 20°C (68°F), no major tropical development is likely, although 91L might briefly attain subtropical status later this week as an upper-level wave approaches.

The views of the author are his/her own and do not necessarily represent the position of The Weather Company or its parent, IBM.