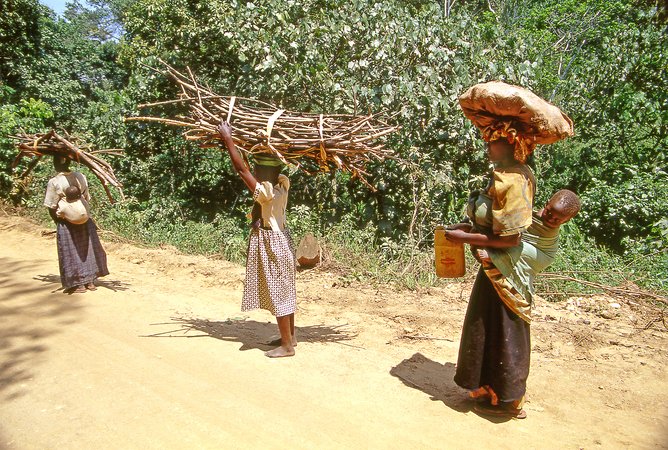 In recent years there has been significant movement toward land acquisition in developing countries to establish forestry plantations for offsetting carbon pollution elsewhere in the world. This is often referred to as land grabbing.

These carbon trading initiatives work on the basis that forestry plantations absorb carbon dioxide and other polluting greenhouse gases. This helps to undo the environmental damage associated with modern western lifestyles.

But are carbon markets – and the feel good stories that have sprung up around them – all just a bit too good to be true?

There is mounting evidence that forestry plantations and other carbon market initiatives severely compromise livelihoods and ecologies at a local level. The corporate land grabs they rely on also tend to affect the world’s most vulnerable people – those living in rural areas.

But such adverse impacts are often written out of the carbon market ledger. Sometimes they are simply justified as ‘externalities’ that must be accepted as part of ensuring we avoid climate apocalypse.

Green Resources is one of a number of large-scale plantation forestry and carbon offset corporations operating on the continent. Its activities are having a profound impact on the livelihoods of a growing number of people. Norwegian-registered, the company produces saw log timber and charcoal in Mozambique, Tanzania and Uganda. It receives carbon revenue from its plantation forestry operations.

In Uganda, the focus of our research, Green Resources holds two licenses over 11,864 hectares of government-owned, ‘degraded’ Central Forest Reserve. Historically, villagers could access this land to grow food, graze animals and engage in cultural practices.

Under the licensed land agreement between Uganda’s government and Green Resources, more than 8,000 people face profound disruptions to their livelihoods. Many are experiencing forced evictions as a direct result of the company’s take over of the land.

Villagers across Green Resources’ two acquisitions in Uganda report being denied access to land vital for growing food and grazing livestock. These are at Bukaleba and Kachung Central Forest Reserves. They also cannot collect forest resources. Many say they are denied access to sites of cultural significance and to resources vital to their livelihoods.

There are also many stories about land and waterways that have been polluted by agrichemicals the company uses in its forestry plantations. This has caused crop losses and livestock deaths.

Many of those evicted, as well as those seeking to use land licensed to Green Resources, have also experienced physical violence at the hands of police and private security forces tied to the arrival of the company. Some villagers have been imprisoned or criminalised for trespass.

Green Resources appears to be continuing to tighten the perimeter of its plantation operations as part of ensuring compliance with regulations and certifications required for entry into carbon markets. This further entrenches these diverse forms of violence. In short, subsistence farmers and poor communities are carrying heavy costs associated with the expansion of forestry plantations and global carbon markets.

Green Resources does engage in some community development activities, but these are largely disconnected from local villagers’ needs and aspirations. Interviews with 152 affected villagers across the two sites highlight that access to land to produce food is the most pressing issue. This is an issue that Green Resources has done little to address.

The loss of access to land and sustainable livelihoods for vulnerable populations is unjust and unacceptable, particularly when rural people in Uganda contribute little to carbon pollution.

In 2014 the Oakland Institute, an independent policy think tank based in California, US, published its report on Green Resources. The company has responded, most notably in a strong letter from the CEO. While he sought to discredit the researchers and the report, he failed to engage with substantial issues of concern arising from the research.

At least one company board member has publicly acknowledged problems in company relations with affected communities, especially at the Bukaleba site. These are issues raised by a number of other researchers over a number of years.

The company has not publicly articulated what it is doing to address the social and environmental problems associated with its corporate practices. Green Resources must demonstrate how it is seeking to deal with the substantial adverse impacts associated with its activities.

It’s not just about money

More broadly, there are increasing calls for reform of global plantation forestry and carbon markets to alleviate the burden subsistence farmers carry alongside their expansion. Similarly, there are calls for reform to corporate practices, including community development initiatives and employment practices.

Carbon emissions in the developed world are getting out of control. Shutterstock

We would suggest that such reforms should be directed towards reducing the gap between the winners and losers in global carbon markets. There must be recognition of common property rights and access and use rights of local people in license areas. This must be done alongside valuing indigenous and local people’s knowledge of forests and ecosystem management.

There are also stronger calls from climate movements for the transformation of global energy futures. Those include the support for renewable energy to reduce global greenhouse gas emissions and the subsequent reliance on offset initiatives.

Movements for climate justice in Africa and elsewhere demonstrate the growing resistance to market based and techno fixes as the means to avert climate change. These calls for justice challenge change agents to move beyond simply tweaking at the edges of carbon markets.

They need to imagine a future where social and environmental justice – not money and markets – are at the centre of thinking and planning.

This article was originally published on The Conversation. Read the original article.