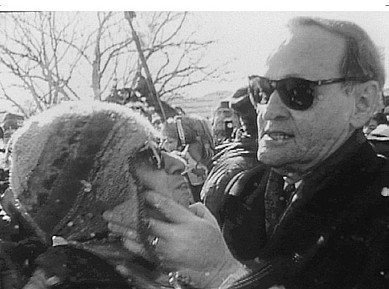 Suspicious Fairmont Pacific Rim Hotel employees tried to question two protesters Monday before they jumped onto a stage to disrupt a Vancouver Board of Trade session featuring Prime Minister Stephen Harper. But the climate-change activists, dressed in waiter outfits they bought at Value Village, evaded both a heavy security blanket and the three hotel workers before getting onstage with signs denouncing the Harper government’s climate change record.