Indigenous and environmental activists fighting against the Line 3 tar sands pipeline were outraged Thursday after the Biden administration filed a legal brief backing the federal government’s 2020 approval of the project under former President Donald Trump.

“This, quite simply, is pure cowardice.”
—Generation Green New Deal

Critics of the project—which Canadian energy giant Enbridge has undertaken to replace an aging oil pipeline—blasted the U.S. Department of Justice’s late Wednesday filing (pdf) as a betrayal of President Joe Biden’s pledges to address the climate emergency and respect tribal rights.

“A White House that is serious about protecting communities needs to start by listening to communities when they say they don’t want an oil pipeline threatening their water and land,” said Janet Redman, Greenpeace USA climate campaign director. “Backing Enbridge’s Line 3 tar sands oil pipeline is a massive failure for a president that campaigned on tackling the climate crisis. And it’s a betrayal of what he promised the American people.”

Benjamin Goloff, a campaigner at the Center for Biological Diversity, accused Biden of “siding with a handful of corrupt corporate elites over honoring treaty rights, climate, water, and the future of life on Earth.”

“This is a racist pipeline project forced down the throats of our people, an ecological time bomb and a giveaway to a Canadian multinational oil interest,” said Winona LaDuke, executive director of the Indigenous environmental group Honor the Earth, in a statement Thursday.

“If the president is genuine in his pledge to take climate justice and tribal rights seriously, his administration must stop defending the Trump administration’s decision and undertake a genuine analysis of Line 3’s environmental and human impacts,” she asserted.

The route of Enbridge’s new, larger pipeline crosses Anishinaabe treaty lands. Native American and climate groups have challenged it with actions on the ground—which have sometimes halted construction—and lawsuits at the state and federal level.

The Biden DOJ’s brief is for a case filed in the federal district court in Washington, D.C. by Earthjustice on behalf of the White Earth Band of Ojibwe, the Red Lake Band of Chippewa, Honor the Earth, and the Sierra Club.

The DOJ brief claims that the federal government met its legal obligations for the review and approval process through various actions, which included analyzing alternatives and preparing environmental assessments that considered “the impacts from the corps’ authorizations, including to wetlands, the climate, low-income and minority populations, tribal rights to hunt, fish, and gather, and all of the issues to which plaintiffs draw special attention.”

The brief notes that the corps considered a comprehensive Environmental Impact Statement prepared by Minnesota state authorities, and incorporated “important protections for wetlands, wild rice, and cultural resources as enforceable conditions of the permit and permission.”

Since even before taking office in January, Biden has faced pressure to reverse the polluter-friendly policies of his predecessor—including by directing the corps to reconsider its approval of Line 3, fully accounting for its impacts on the global climate and tribal resources.

Sierra Club executive director Michael Brune called the DOJ’s filing “a massive, tar sands pipeline-sized missed opportunity to break with the Trump administration’s pro-polluter agenda and stand on the side of Indigenous rights and climate justice.”

“Allowing Line 3 to move forward is, at best, inconsistent with the bold promises on climate and environmental justice President Biden campaigned and was elected on,” he continued. “As Enbridge barrels ahead with construction, time is running out for Biden to stop them from doing permanent damage to critical water resources, trampling on tribal sovereignty, and polluting our climate.”

“The president must listen to frontline communities, defend the right of all people to clean water and a healthy climate, and act immediately to shut down this dirty tar sands pipeline,” Brune added.

In a statement about the development Thursday, leaders at the Minnesota arm of 350.org, which is among the groups organizing against Line 3, emphasized expert warnings about the need to rapidly phase out fossil fuels to prevent climate catastrophe on a global scale.

MN350 communications director Brett Benson said that “at a time when the world is getting hotter and the scientific community is sounding the alarm on the climate crisis, it is time for President Biden to step up and lead by ending this Trump-era expansion of fossil fuel infrastructure. Protecting our planet will take bold action, and bold action requires bold leadership. All eyes are on President Biden to do the right thing.”

Warning about the dangers of inaction on the climate crisis, Andy Pearson, a Midwest tar sands organizer at 350, called the corps’ approval “indefensible” and said that “Biden needs to take every opportunity to undo Trump’s damage, and that means taking away Line 3’s inadequate water permits.”

“Line 3 would have the climate impact of 50 coal plants and violate treaties with the Anishinaabe,” the campaigner noted. “Biden can stop Line 3 immediately by revoking Trump’s water permits, and we call on him to act now to honor the treaties and protect our climate.”

The Hill reported Thursday that “a White House spokesperson declined to comment, but it has said in the past that it will try to keep its judicial branch independent.”

Despite the disappointment in court, Line 3’s critics vow that this fight is far from over. 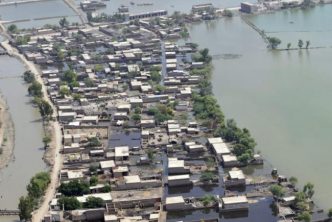 Climate Justice for the Marginalized 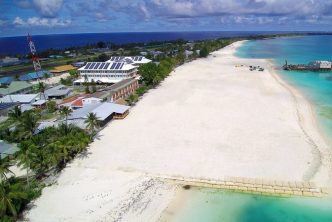 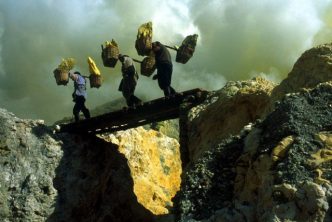 Green Party’s Andrew Weaver: ‘Let’s get down to the business of B.C. energy’