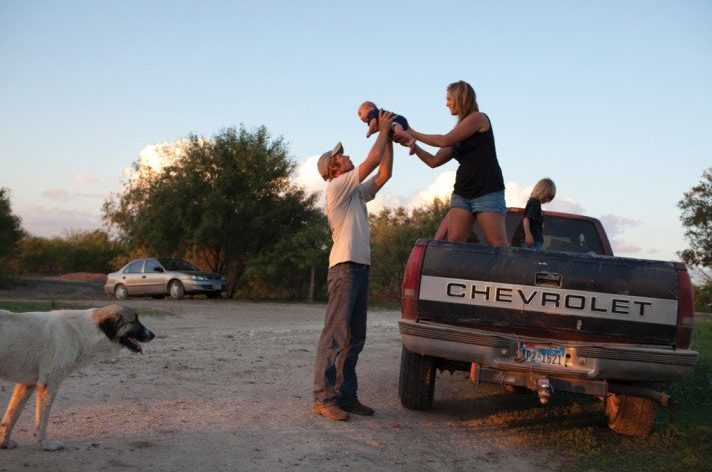 The holdouts: 3 families who took a pass on the fracking boom—and what it cost them

The fracking boom has transformed vast parts of Texas, pumping money into local economies while raising fears about groundwater and air pollution. The boom has caused increased crime and truck traffic, and has likely spawned earthquakes. But the oil and gas bonanza has also brought more subtle, but no less significant, social changes. In this occasional series, Fractured State, we will examine how the oil economy has fractured families, communities and towns.

Read the first story in the series here. The series is made possible in part by support from the Jacob and Terese Hershey Foundation.

When the landman comes knocking, most people living in the Texas oil patch experience something like joy, or at least sweet relief. Here’s someone offering you money up front and the promise of hefty royalty checks in exchange for producing oil and  gas from the ground. Imagine winning the lottery without even buying a ticket.

Landmen are agents of oil and natural gas producers; it is their job to get the mineral rights owner to claim a piece of the pie. Just sign right here, ma’am. The purse is their power of persuasion. For some, the earnings amount to mere hundreds. The luckier souls who own the mineral rights to big ranches or whose properties sit atop particularly productive parts of the shale plays can receive tens of thousands of dollars in signing bonuses. Fat royalty checks roll in monthly. Newly minted “mailbox millionaires” can be spotted driving new pickups, or towing new bass boats, or returning from a couple of weeks off in Aspen.

Almost everyone takes the money. You’d be crazy not to. According to industry estimates, oil and gas companies paid more than $15 million in royalties to Texans across the state in 2012. That doesn’t include initial signing bonuses, which can be enormous. Houston-area oil and gas heir Daniel Harrison III collected $1 billion in cash in 2013 when Shell Oil Co. leased his 100,000-acre ranch in the Eagle Ford.

But across the shale plays—primarily the Barnett in the north and the Eagle Ford in the south—there are some who reject the landmen’s offers. Known in the industry as “holdouts,” these mineral rights owners dare to challenge Big Oil in Texas. It’s a kind of principled madness that often baffles neighbors, family members and the industry itself. Unlike many fracking foes, the holdouts stand to benefit personally from oil and gas drilling. Yet they risk much more than money fighting to keep the fossil fuels in the ground. Some lose their health, their homes and their faith in the government as an arbiter of competing rights. Rarely are they able to stop the companies from drilling. For this uncommon breed, no amount of money can buy peace of mind.

These are the stories of three families who were willing to walk away from thousands of dollars—and battle loved ones, their communities and their government—to make a stand, even when facing insurmountable odds.
…more