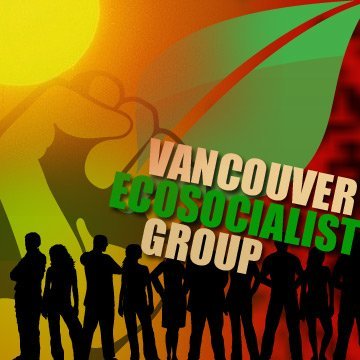 ‘Hold The Wall’ against the Northern Gateway tar sands pipeline

Dec 9, 2013–Two important events occurred last week concerning the future of fossil fuel projects in British Columbia. One was the release on Dec 5 of the report by Special Federal Representative Douglas Eyford. He’s the lawyer appointed earlier this year by Stephen Harper to find a way for fossil fuel projects in BC to overcome the opposition of First Nations.

The other was a new declaration of opposition to the Northern Gateway tar sands pipeline by a number of environmental organizations, trade unions, other organizations and several elected politicians. The

A new website and online petition that reaffirms opposition to Northern Gateway is named ‘Hold The Wall’.​ Among the signatories to it at the Dec 5 ceremony were the BC Teachers Federation, Unifor union, Council of Canadians, BC Wilderness Tourism Association, Canadian Association of Physicians for the Environment and the David Suzuki Foundation.

A new cooptation approach by the federal government

Douglas Eyford’s appointment and report are an implicit recognition by the federal government of its failure, together with Enbridge Inc, in bullying through the Northern Gateway pipeline. Their pro-pipeline efforts have been laced with epithets labeling Northern Gateway opponents as ‘foreign-financed’ and ‘radicals’ and have only served to boost opposition to the line.

CBC News reports, “Eyford’s report is the second step in helping advance Harper’s stated goal of turning Canada into an ‘energy superpower’.’’ The first step has been cultivating markets in Asia for Canada’s fossil fuel resources. The BC and federal governments have been working that end of the street intensively. Premier Christy Clark has just returned from a lengthy promotion tour in China.

Eyford recommends an intensely consultative process with First Nations in place of the failed bullying. That approach has already scored success with support for the vast gas fracking and liquefied natural gas plans in the north of the province.

Meanwhile, attention is rising over the plans of Kinder Morgan to use its existing Trans Mountain pipeline route from Alberta to Vancouver harbor to build a new tar sands pipeline. The new line would carry, approximately, double the quantity of crude oil that presently flows through the decades-old line.

Kinder Morgan has made its intention to build that line official. Before this, it has been coyly promoting the line out of the spotlight. In other words, it has learned from the blunders of Enbridge and the federal government over Northern Gateway. National Energy Board hearings on the project are due to begin in early 2014.

One reason the Trans Mountain expansion is drawing more attention is the large increases in oil tanker traffic in and out of Vancouver harbor that would accompany it. Presently, an average of five tankers per month load up at Kinder Morgan’s storage and shipping facility in Burnaby. That would increase six or seven fold, to one tanker per day, approximately.

Oil tanker safety burst into news again this past week when a federal government-appointed Tanker Safety Expert Panel reported that the mechanisms for responding to oil tanker spills on Canada’s west coast are woefully inadequate. The Globe and Mail reports, “Ottawa established the panel to recommend safety enhancements as part of its effort to win support from the B.C. government and First Nations for crude oil pipelines and tanker ports that would give the oil industry access to Asian markets.”

Transport Minister Lisa Raitt responded to the report in saying, “We will act on the advice from the panel and will work to create a world-class tanker safety system (sic) here in Canada.” Of course they will.

Vancouver’s mayor, Gregor Robertson, and other Lower Mainland mayors have voiced opposition to increased tanker traffic. And most recently, The Province reports that Mayor Robertson is, “not satisfied with the limitations the NEB has put on the hearings to consider only issues relating to the pipeline or downstream marine transportation. He believes it also should consider the effects of climate change related to the use of the fossil fuels carried by the pipeline.”

One of the prices being paid for fossil fuel policy in BC and Canada is formal democracy. Since May of 2012, the BC Legislature has sat for 36 days only, in early 2013. The first session of the new Legislature is not scheduled until February 2014. The year 2013 saw the fewest number of days of Legislature sessions since 2001.

Last summer, newly elected Premier Clark cancelled a scheduled fall sitting of the Legislature. She explained her decision with this: “We told British Columbians we were going to get to work building an LNG industry.” Indeed, who needs democracy when there is money to be made in a warming plantet from tearing fossil fuels out of the ground and burning them?

For more news on all this and more, follow the websites of the Vancouver Ecosocialist Group and the Vancouver Observer. To read more on Northern Gateway, read the one-by-one examination in The Tyee of the ‘five conditions’ that the BC government announced last year would have to be met before Northern Gateway proceeds. It is written by economist Robyn Allan.