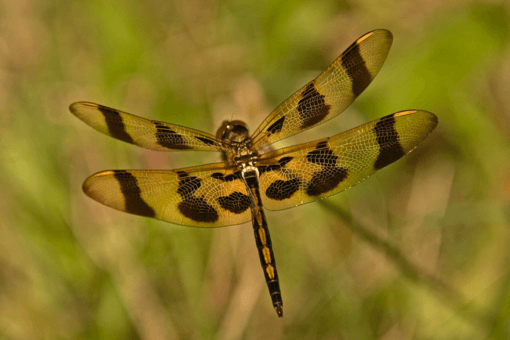 A recent landmark study that investigated alarming loss of insects is leaving scientists dumbfounded, deeply troubled, potentially the biggest-ever existential threat, risking ecosystem collapse too soon for comfort. In contrast to global warming, this may be much more imminently dangerous across-the-board to terrestrial life. An enormous loss of insect population, almost decimation in some parts of the world, threatens the life-giving structure of the ecosystem. This is a deadly serious problem!

“If we lose the insects, then everything is going to collapse… there has been some kind of horrific decline.” (Prof Dave Goulson, Sussex University). According to the new study, insect abundance has fallen by 75% over the past 27 years. (Caspar A. Hallmann, et al, More Than 75 Percent Decline Over 27 Years in Total Flying Insect Biomass in Protected Areas, PLOS, October 18, 2017)

“Horrific decline” may serve as a gross understatement because anytime a key component of life on Earth declines by 75% in less than three decades, big-time-huge trouble is right around the corner. There’s no other way to look at it. Hopefully, the study is flawed. Time will tell, assuming there is enough.

The study utilized carefully controlled scientific protocols, but consider this: Even anecdotal evidence for the Average Joe tells the story: It wasn’t too many decades ago, 1950s-70s, that cross-country trips in the family car hit bugs, lots of ‘em, squashed on windshields and lodged within front bumper grills. No more. And, kids no longer frolic about chasing fireflies in back yards at night.

“Insects make up about two-thirds of all life on Earth [but] there has been some kind of horrific decline,” said Prof Dave Goulson of Sussex University, UK, and part of the team behind the new study. ‘We appear to be making vast tracts of land inhospitable to most forms of life and are currently on course for ecological Armageddon. If we lose the insects then everything is going to collapse,” Prof Dave Goulson, Sussex University (Source: Damian Carrington, Environmental Editor, Warning of Ecological Armageddon After Dramatic Plunge in Insect Numbers, The Guardian, October 18, 2017)

The loss of insects casts a very long dark shadow over the 21st century. Consider: First, global warming and now massive insect decline at a heart-stopping rate of decline. Is human society, en mass, committing suicide? The answer could be yes, humankind is committing harakari in the wide-open spaces for all to see, but nobody has noticed. Until now, as insect losses forewarn of impending ecosystem collapse.

Loss of insects is certain to have deleterious effects on ecosystem functionality, as insects play a central role in a variety of processes, including pollination, herbivory and detrivory, nutrient cycling, and providing a food source for higher trophic levels such as birds, amphibians, and mammals.

Harkening back to the Sixties, a strikingly similar issue was identified in Rachel Carson’s famous book Silent Spring (1962), the most important environmental book of the 20th century that exposed human poisoning of the biosphere through wholesale deployment of myriad chemicals aimed at pest control.

Carson’s fictional idyllic American town enriched with beautiful plant and animal life suddenly experienced a “strange blight,” leaving a swathe of inexplicable illnesses, birds found dead, farm animals unable to reproduce, and fruitless apple trees, a strange lifelessness. She wrote: “A grim specter has crept upon us to silence the voices of spring.”

Today, scientists do not know the specific causes but speculate it could be simply that there is no food for insects; alternatively, the issue could be, specifically as well as more likely, exposure to chemical pesticides or maybe a combination, meaning too little food/too much pesticide.

Not only that, flower-rich grasslands, the natural habitat for insects, have declined by 97% since early-mid 20th century whilst industrial pesticides literally cover the world. Rachel Carson would be floored. That’s a sure-fire guaranteed formula for a tragic ending. Nature doesn’t have a snowball’s chance in hell.

Only recently, both the United Nations and Ian L. Boyd, the chief science adviser to the UK, warned that regulators worldwide have falsely assumed it is safe to use pesticides at industrial scale, but yet the effects of dosing landscapes with chemicals has been largely ignored. “The current assumption underlying pesticide regulation – that chemicals that pass a battery of tests in the laboratory or in field trials are environmentally benign when they are used at industrial scales – is false,” say the scientists (Ibid, The Guardian).

According to the UN, the idea that pesticides are essential to feed a fast-growing global population is a myth: “Report of the Special Rapporteur on the Right to Food, Human Rights Council,” UN General Assembly Thirty-fourth Session, Agenda item 3, Jan. 24, 20170, to wit:

“Pesticides cause an array of harms. Runoff from treated crops frequently pollute the surrounding ecosystem and beyond, with unpredictable ecological consequences. Furthermore, reductions in pest populations upset the complex balance between predator and prey species in the food chain, thereby destabilizing the ecosystem. Pesticides can also decrease biodiversity of soils and contribute to nitrogen fixation, which can lead to large declines in crop yields, posing problems for food security… Despite grave human health risks having been well established for numerous pesticides, they remain in use.”

It’s not only scientists and the UN that are in a hypnotic state of shock. An amateur group named the Krefeld Entomological Society, founded in 1905, has traced insect abundance at more than 100 nature reserves in Western Europe for 40 years.

“Over that time, the group, the Krefeld Entomological Society, has seen the yearly insect catches fluctuate, as expected. But in 2013 they spotted something alarming. When they returned to one of their earliest trapping sites from 1989, the total mass of their catch had fallen by nearly 80%. Perhaps it was a particularly bad year, they thought, so they set up the traps again in 2014. The numbers were just as low. Through more direct comparisons, the group—which had preserved thousands of samples over 3 decades—found dramatic declines across more than a dozen other sites.” (Source: Gretchen Vogel, Where Have All The Insects Gone? Science, May 10th 2017).

All of which logically prompts the question: Does the ecosystem really collapse without insects?

Absolutely, insects are crucial components of the ecosystem, performing critical life-giving functions like aerating of soil, pollinating blossoms, controlling both insect and plant pests, and very significantly serving as decomposers whereby they create top soil, the nutrient-rich layer of soil that allows plants to grow in the first place.

In other words, no more insects, no more functioning ecosystem in the manner of Rachel Carson’s fictitious all-American town, life ends, a grim specter silences the voices of spring. People panic.

The shocking and appalling loss of insect life is a serious wake up call, bells clanging in the public square: Humanity is self-destructing!