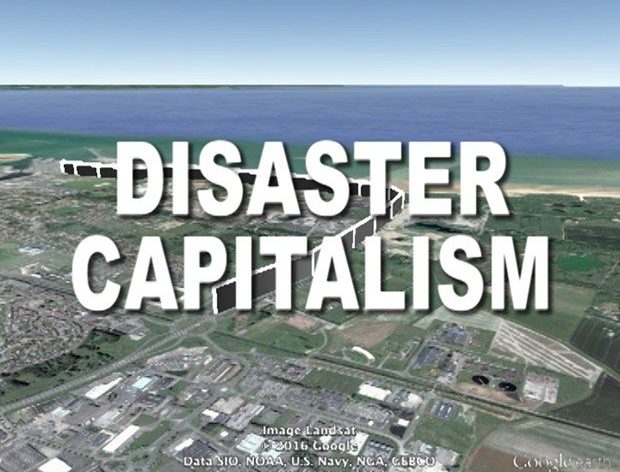 Harvey’s silver lining: A boost for the economy

(Harvey killed a lot of people and ruined a lot of lives, but it’s great for  capitalism as the article below from the Business Section of the L.A.  Times explains.  What a system! DK)

Floodwaters in and around Houston severely damaged or destroyed hundreds of thousands of cars and trucks, many of which will be replaced. Those new and used vehicle sales will benefit automakers and the economy, providing a glint of silver lining amid terrible tragedy.

The storm “is the worst in terms of vehicle damage in history,” said Jonathan Smoke, chief economist at Cox Automotive.

Between 300,000 and 500,000 passenger vehicles were destroyed or damaged in the Houston metropolitan area alone, Smoke said; translated into dollars, that’s between $2.7 billion and $4.9 billion.

Figures did not include vehicles on Houston-area dealer lots, which are now being assessed.

Harvey did more vehicle damage than Hurricane Katrina in 2005, Smoke said, because Houston’s population is much larger than that of New Orleans, and worse than Superstorm Sandy in 2012 because flooding from Harvey is more widespread.

Replacement sales will affect both new and used cars.

Between 60% and 70% will be used cars, Smoke estimated. Some cars will not be replaced, but the number will be relatively small, he said.

Automakers released nationwide auto sales figures for August on Friday. Hurricane Harvey took a toll on new-vehicle sales as Texas residents coped with disaster, but that could reverse itself soon as people with flood-damaged cars buy new ones.

U.S. auto sales initially were expected to increase slightly in August compared with a year ago, but analysts say lower sales in the Houston area could erase those gains. Harvey likely cut U.S. sales of new cars and trucks by 1.3%, or 20,000 vehicles, in August, forecasting firm LMC Automotive said. The Houston metro area is the ninth-largest vehicle market in the nation.

Meanwhile, August was a healthy month for General Motors and Toyota.

That bodes well for the company’s near-term future, said Krebs, with four new GM models in those categories coming in the new model year this fall. “Those couldn’t be more perfectly timed,” she said.

Toyota sales rose 6.8%, largely on the strength of its RAV4 crossover, which is drubbing competitors from Honda, Ford, GM and others.

“The RAV4 sold a dazzling 43,000 units,” Krebs said, adding that she believes Toyota intends to make the RAV4, not the Camry, the industry’s bestselling nontruck as consumers shift to crossovers and SUVs from sedans and other traditional car models.

But the month was bad for Ford, worse for Fiat-Chrysler and grim for Nissan. Ford said its sales fell 2.1%, Fiat-Chrysler 7.7% and Nissan 13.1%.