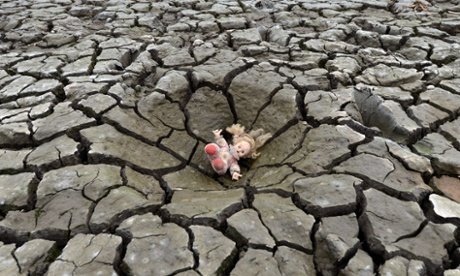 Harvard historian Naomi Oreskes talks about her new book, which imagines that current inertia in the face of climate change will puzzle academics for centuries to come

Most historians think about the past. Some study the present. Very few, it has to be said, write about the future. But Naomi Oreskes, a Harvard professor in the history of science, believes that our inertia in the face of climate change will puzzle academics for centuries to come.

“The historian of the future will look back on today and ask, what happened? Why didn’t they act on what they knew?” she says in her sunny office in Cambridge, Massachusetts, surrounded by rocks that speak of her own past as a geologist. Oreskes’ latest book, The Collapse of Western Civilization: A View from the Future, imagines a Chinese scholar in 2393 analysing the slow-motion disintegration of 21st-century democracies as they fail to tackle a growing environmental catastrophe.

“The book starts from a position of complete factualness, then imagines what might unfold. We’re not expecting all this to happen. We’re saying this is what a worst-case scenario could look like,” Oreskes tells me. It’s not a pretty picture. By the end of the book, co-written with fellow historian Eric Conway, the Netherlands and Bangladesh are submerged, Australia and Africa are depopulated, and billions have perished in fires, floods, wars and pandemics. “A second dark age had fallen on Western civilisation,” Oreskes writes, “in which denial and self-deception, rooted in an ideological fixation on ‘free’ markets, disabled the world’s powerful nations in the face of tragedy.”