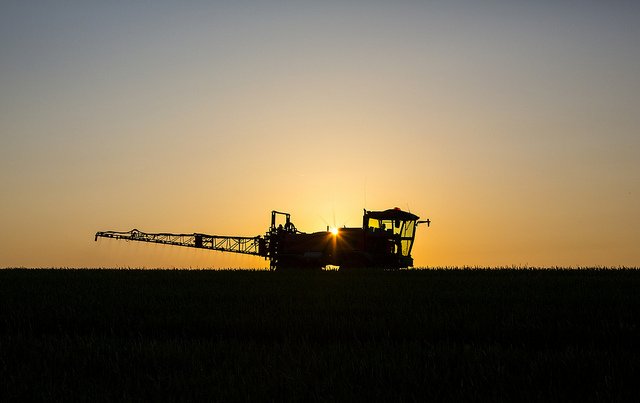 Over half a million people including scientists, doctors and food safety advocates have urged the U.S. Environmental Protection Agency not to approve a new herbicide mix proposed by Dow because they say it would open the floodgates to a vast increase in toxic spraying that puts public health and the environmental at risk.

At question is Dow AgroSciences’ Enlist Duo herbicide, a mix of 2,4-D and glyphosate—the main ingredient in Monsanto’s Roundup—made to be used on 2,4-D ready corn and soybean crops. Dow states that its proprietary blend “will control and help prevent further development of herbicide-resistant weeds” on the genetically engineered crops.

Food safety, environmental and health watchdogs, however, say that it’s an unsustainable and harmful approach to dealing with the problem of herbicide-resistant weeds, or “superweeds,” that exist because of the systemic issues underlying the “genetically engineered crop strategy” that keeps farmers on a “pesticide treadmill.”

“American agriculture stands at a crossroads,” stated Bill Freese, science policy analyst atCenter for Food Safety. “Approval of these crops and pesticides would set American agriculture down a dangerous path that will only exacerbate the problems farmers are already facing.”

The groups and health professionals are sounding particular alarm over 2,4-D, which has been linked to numerous health problems including increased risks of non-Hodgkin’s lymphoma, Parkinson’s and immune system problems.

Further, “In its Environmental Risk Assessment for 2,4-D, the EPA found ‘information gaps,’ ‘key uncertainties’ and ‘insufficient information’ in the analysis of the impacts of 2,4-D on nontarget organisms,” stated Food & Water Watch Executive Director Wenonah Hauter. “The agency even admitted concerns for direct and indirect effects on birds, mammals, insects (like honeybees) and plants.”

“As for its human health evaluation,” Hauter continued, “the EPA based all of its safety determinations on a study that was conducted by Dow AgroSciences.”

In a letter sent Monday to the EPA, 35 doctors and researchers also underscore human health dangers posed by 2,4-D, and add:

Also worrisome is the fact that the manufacturer did not conduct any toxicity tests for simultaneous exposure to the combination of 2,4 – D and glyphosate , which could pose a much higher human and environmental toxicity risk than either herbicide alone . EPA acknowledges that, “there could be additional toxicological effects (synergistic or additive) because of the presence of two herbic ides.” Yet, the Agency disregarded these data gaps and both human and environmental toxicity concerns in its proposal to register the Enlist Duo™ herbicide.

If the EPA green-lights the herbicide duo as well as the 2,4-D ready corn and soy, the groups say the amount of 2,4-D being used across the nation will exponentially increase. They point to a USDA assessment that found that 2,4-D use on crops could increase as much as seven-fold.

“If EPA approves Enlist Duo for use on genetically engineered corn and soy, it would result in the largest expansion of a known toxic herbicide use in more than three decades,” stated Mary Ellen Kustin, a senior policy analyst at the Environmental Working Group, an organization that has also sought to highlight the risks of the herbicide.

The public comment period for the herbicide mix ended Monday at midnight, but the groups are hoping that the EPA at least postpones their decision until the agency does a better, science-based assessment.

“We urge the EPA to do the right thing and deny the approval of the new mixtures of 2,4-D and glyphosate in order to protect human and environmental health,” the doctors’ letter concludes.