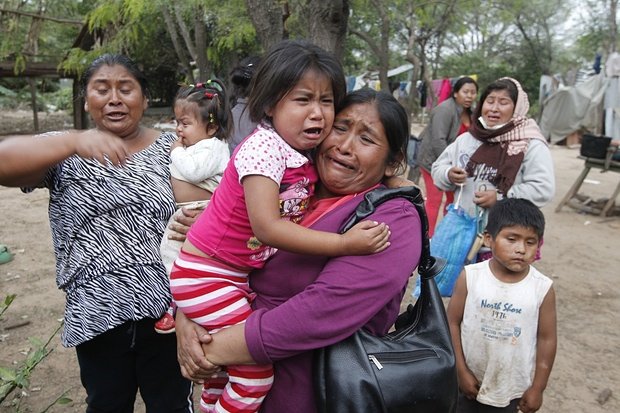 The history of Bolivia’s Guaraní, an indigenous people living in the country’s southern lowlands, is one of struggle in defence of their territory. In 1892, an uprising against local landowners ended with the massacre of more than 2,000 Guaraní. A century later, Guaraní activists confronted oil companies seeking to exploit the riches buried under their homeland of the Bolivian Chaco.

Now they are preparing to fight on a new front. On 24 September, three Guaraní leaders travelled from the dry heat of lowland Chaco to the chill mountain air of La Paz to deliver a legal petition to the country’s constitutional court, challenging a series of energy decrees passed by the government of President Evo Morales.

“We’re going to fight any work they try to carry out on our territory under these new rules,” says Ronald Gómez, president of the Council of Guaraní Leaders in Santa Cruz, as he negotiates La Paz’s steep, breath-stealing streets.

The decrees, issued gradually through the first half of 2015, opened national parks and other protected areas to oil and gas exploration. They also weakened the ability of indigenous groups to bargain, tilting power towards the state to determine the framework, timescale and outcome of any negotiations.

“They’re essentially part of a packet of legislation to make extractive projects easier and more viable, especially for foreign companies,” explains Jorge Campanini, from Bolivia’s documentation and information centre (Cedib), which has conducted research into the legal changes.

Bolivia’s human rights ombudsman publicly condemned the decrees, saying they “disavow more than 50 years of indigenous struggle to be recognised as the owners of their territory and as active subjects of the state”.

Morales’ Movement Towards Socialism has governed Bolivia since 2006, and has used strong rhetoric about decolonisation and indigenous rights. It argues that the decrees are necessary to accelerate consultations on extractive projects, and has promised that communities will be compensated and fragile eco-systems taken into account.

“Societies like ours, with high levels of social debt, need as a matter of urgency a set of material and financial resources in order to construct schools and hospitals, improve salaries, and so on. For this you have to transform nature and promote extractive mechanisms,” said vice-president Álvaro García Linera in July.

The government’s social security and infrastructure programmes have been credited with successfully tackling poverty and social exclusion. But there are clear incompatibilities between funding these projects with income derived from the country’s gas reserves, and the demands of indigenous people for territory and autonomy.

The new decrees have put these clashing priorities on a collision course.
…more