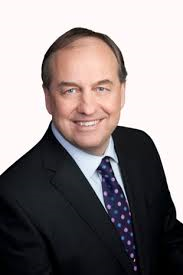 Green Party’s Andrew Weaver: ‘Let’s get down to the business of B.C. energy’

We have known not to expect much from the Green Party’s Andrew Weaver in terms of an appropriate political response to the climate crisis based on his very flawed political and economic analysis. As a climate scientist and member of the IPCC, one would expect to see from him principled opposition to all fossil fuel development in light of the catastrophic implications of climate change.

It is absolutely tragic that someone who represents himself as a eco-leader excuses his  collusion with planet-killing corporate schemes to transport tar sands oil in terms of “pragmatics”. The tar sands are inevitable? So may as well refine bitumen before sending it to the coast to then pollute the world’s atmosphere and oceans? Shame on you, and shame on the Green Party! See Mr. Weaver’s position here.
—Website editors