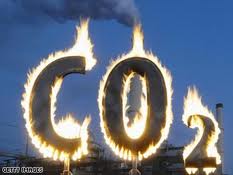 Going beyond two degrees? The risks and opportunities of alternative options

Jordan, Anderson, Bows, et al |  Cllimate Policy  | December 19, 2013
Share
FacebookTwitterEmail
Since the mid-1990s, the aim of keeping climate change within 2C has become firmly entrenched in policy discourses. In the
past few years, the likelihood of achieving it has been increasingly called into question. The debate around what to do with a
target that seems less and less achievable is, however, only just beginning. As the UN commences a two-year review of the 2C target, this article moves beyond the somewhat binary debates about whether or not it should or will be met, in order to analyse more fully some of the alternative options that have been identified but not fully explored in the existing literature. For the first time, uncertainties, risks, and opportunities associated with four such options are identified and synthesized from the literature. The analysis finds that the significant risks and uncertainties associated with some options may encourage decision makers to recommit to the 2C target as the least unattractive course of action. See paper.