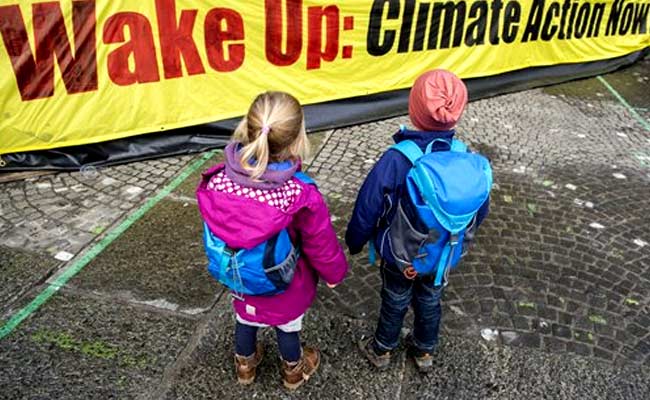 Global warming might be far worse than we thought

Global warming might be far worse than we thought, according to a new study.

The research challenges the ways that researchers have worked out sea temperatures until now, meaning that they may be increasing quicker than previously suggested.

The methodology widely used to understand sea temperatures in the scientific community may be based on a mistake, the new study suggests, and so our understanding of climate change might be fundamentally flawed.

The new research suggests that the oceans hundreds of millions of years ago were much cooler than we thought. If true, that means that the global warming we are currently undergoing is unparallelled within the last 100 million years, and far worse than we had previously calculated.

Until now, scientists believed that the temperature of the ocean depths and the surface of the polar ocean 100 million years ago were about 15 degrees warmer than they are today. But they might in fact have stayed relatively stable – making the warming we’re currently undergoing far more alarming.

“If we are right, our study challenges decades of paleoclimate research,” said Anders Meibom, the head of EPFL’s Laboratory for Biological Geochemistry and a professor at the University of Lausanne.

“Oceans cover 70% of our planet. They play a key role in the earth’s climate. Knowing the extent to which their temperatures have varied over geological time is crucial if we are to gain a fuller understanding of how they behave and to predict the consequences of current climate change more accurately.”

The researchers believe that scientists have been overlooking crucial processes when they calculated the temperature of the seas millions of years ago. In so doing, they may have been mistakenly thinking that they were warmer than they actually are.

Until now, scientists have calculated the temperature of the ancient seas by looking at foraminifera, the fossils of tiny marine organisms found in the sediment on the ocean floor. Those form small shells and take on more or less of an oxygen isotope depending on how warm the water is, so by looking at the oxygen content they can estimate the temperature when those fossils were around.

That working led scientists to believe that the temperature of the seas had fallen by 15 degrees over the last 100 million years.

But the new research shows that the amount of oxygen in those shells doesn’t actually remain constant over time. The new research showed that they can change – and without leaving any visible trace that would alert scientists to that change.

“What appeared to be perfectly preserved fossils are in fact not. This means that the paleotemperature estimates made up to now are incorrect,” said Sylvain Bernard, a CNRS researcher at the Paris-based Institute of Mineralogy, Materials Physics and Cosmochemistry and the study’s lead author.

The scientists behind the study claim that the apparent cooling of the oceans was actually just the effect of the process they’ve seen. The changes in the amount of oxygen in the shells isn’t a reflection of changing temperatures – just a consequence of the fact that the amount of oxygen seen changes over time anyway.

The French and Swiss researchers behind the paper have already got to work trying to understand what the temperatures actually are. “To revisit the ocean’s paleotemperatures now, we need to carefully quantify this re-equilibration, which has been overlooked for too long. For that, we have to work on other types of marine organisms so that we clearly understand what took place in the sediment over geological time,” said Professor Meibom.