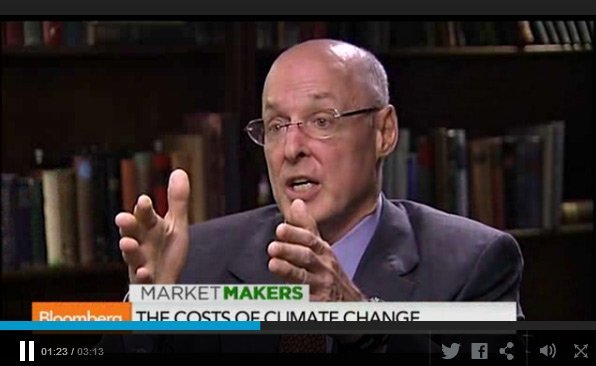 If global warming continues unchecked, it is likely to cost the US economy hundreds of billions of dollars in lost productivity, inundated housing and infrastructure along coasts, and plunging crop yields in key farming regions by mid-century.

Those are among the conclusions of a report, notable for its bipartisan representation, released Tuesday on the economic risks the US faces from climate change. Participants include business leaders, current and former investment executives, and former US Cabinet secretaries.

The report purports to be the first to assign dollar figures to the risk that global warming poses to four key sectors of America’s economy. It comes on the heels of a federal assessment of the climatological effects of global warming on the US through 2100, released in May.

The report “identifies a large number of risks. Many of these already are baked into the economy,” said former US Treasury Secretary Henry Paulson Jr., who served under President George W. Bush. He co-chaired the group overseeing the report, along with former New York Mayor Michael Bloomberg and Thomas Steyer, retired founder of Farallon Capital Management LLC.