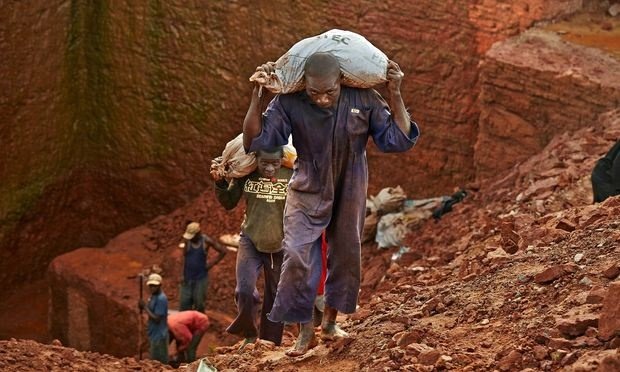 The global extraction industry has become hallmarked by plundering, violence and political corruption

Index on Censorship could not have awarded one of its Freedom of Expression prizes more estimably than to Angolan reporter Rafael Marques de Morais. In doing so, Index prises open Marques’s principal discourse: the prising open of the land itself by those who plunder for profit without heed.

Marques’s writing in Angola on the links between diamond mining and government corruption draws attention to the growing causes for concern around the world in relation to the industry of “extraction” and how it behaves financially, politically and morally as it pursues sought-after minerals and commodities to fuel economic growth.

Across the globe, the management of extraction in poor countries rich in resources – by government and the multinationals they invite in – has become hallmarked by scandal, violence, corruption and environmental calamity. Vast international conglomerates are often faced with allegations that they abet the plundering of natural resources, usually in league with local officials and almost always to the detriment of indigenous communities. Only a fraction of the wealth accrued from extraction is left in the host country – to say nothing of the communities often “resettled” – ergo forcibly removed – from the land concerned. This nexus of politics and capitalism leads invariably to violence and death.

Ovid, who wrote around 10BC about the origins of man, accounted for the genesis of warfare in these terms: “The land, which had previously been common to all, like sunlight and breezes, was now divided up far and wide by boundaries, set by cautious surveyors. Nor was it only corn and their due nourishment that men demanded of the rich earth: they explored its very bowels, and dug out the wealth which it had hidden away, close to the Stygian shades; and this wealth was a further incitement to wickedness. By this time iron had been discovered, to the hurt of mankind, and gold, more hurtful still than iron. War made its appearance, using both metals in its conflict, clashing weapons in bloodstained hands.”

This pursuit of resources goes on, as does the attendant fallout – environmental, political or economic. Extraction companies seem to find it difficult to fill their coffers without harming people too. The most publicised recent example was perhaps Deepwater Horizon, for which BP was punished speedily because the disaster occurred in the United States.

But BP’s destruction was less than that of Royal Dutch Shell in Nigeria, where – after a litany of spillages, gas flares and other appalling accidents which Shell sought to blame on “saboteurs” and others – nine opposition activists, including Ken Saro-Wiwa, were hanged by the government. Shell stood by, insisting that the company “does not get involved in politics”. The company recently settled with an $84m (£56m) compensation payout over the ravages from two spillages in Nigeria, avoiding the PR excruciation of a high court case in London. Shell admitted that the massive leaks came from pipe corrosion.

“If Shell had not been forced to disclose this information as part of a UK legal action,” said Audrey Gaughran, director of global issues at Amnesty International, which pushed the case, “the people of Bodo would have been completely hoodwinked.”

Oxfam has made extraction one of its priorities. The charity’s southern Africa programme adviser on extraction industries, Titus Gwemende, recently toured Mozambique where the Anadarko company of Houston is preparing to extract natural gas, and found that “key community leaders have been harassed and threatened [by the authorities] if they continue to attend meetings hosted by NGOs on resettlement issues.”

Harassment,” he notes, “tends to precede violence.” It certainly does. I was born on the day of a coup in Guatemala in 1954, staged by the CIA and United Fruit Company, ousting an elected government to protect commercial interests. The country has barely recovered from the legacy of strife sown that day, and Oxfam asks whether its continuation is now embodied by the extraction industry. A recent report finds that where Tahoe Resources of Nevada mines, there follow “crackdown, arrests, false charges” against those opposed to it. Troops opened fire on one peaceful protest.

“Today,” says Oxfam, “we are again seeing a campaign of repression using Guatemalan military and intelligence assets to control the future of economic development. Meanwhile, a US company ignores the backlash and pushes forward with a mine despite overwhelming opposition. Guatemalans should have the right to decide about their economic development and whether or not mining moves forward.”