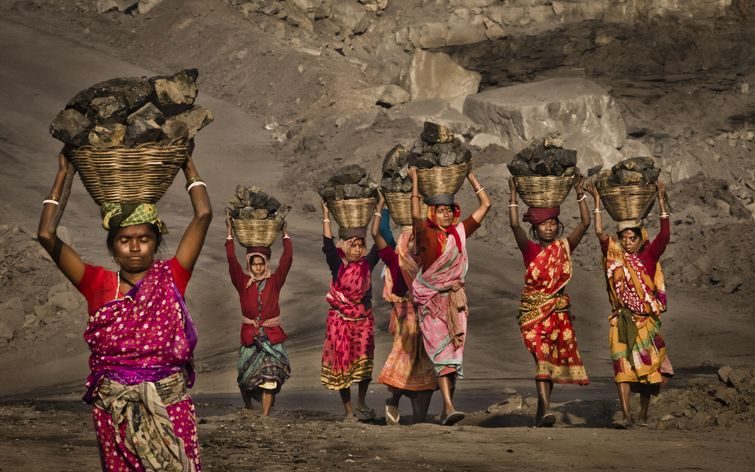 The global coal renaissance is the most important climate story today

If you only focused on the United States, you might think coal’s days were numbered.

The dirtiest of all fossil fuels once provided more than half of America’s electricity. That has since dropped to 39 percent, thanks to competition from cheap natural gas, a tireless campaign by the Sierra Club to shutter old coal plants, and strict new air pollution regulations. Add in the Obama administration’s upcoming crackdown on carbon-dioxide emissions from power plants, and US coal will keep waning in the future.

But that’s not true globally. Far from it. According to data from BP’s Statistical Review of Energy, coal consumption has actually been accelerating worldwide since the end of the 1990s:

It’s tempting to think this global coal boom is mainly a one-time blip due to China, where coal use has surged since 2000 amid frenetic economic growth but has since leveled off as the country tries to transition away from heavy industry. But as it turns out, that’s not true either.

According to an important study in The Proceedings of the National Academy of Sciences, we’re in the midst of a global “renaissance of coal” that’s not confined to just a few countries like China or India. Rather, coal is becoming the energy source of choice for a vast array of poorer and fast-growing countries around the world, particularly in Southeast Asia. “This renaissance of coal,” the authors write, “has even accelerated in the last decade.”

Why is coal so widely popular? The authors of the PNAS study — Jan Christoph Steckel, Ottmar Edenhofer, and Michael Jakob — argue that coal is often the cheapest energy option in many parts of the world, relative to other sources like oil, gas, nuclear, or renewables.

What’s interesting is that countries no longer need their own domestic mines to take advantage of coal power. International coal markets have become so robust, with exports surging in mining countries like Australia and Indonesia, that it’s become much easier for a wide variety of countries to build coal-fired power plants. (Notably, the authors say, the price of coal itself, rather than the capital costs of building power plants, seems to be the important economic driver here.)

Suffice to say, this has huge implications for global warming. Coal now accounts for roughly 30 percent of the world’s primary energy use. That fraction, the authors say, is simply incompatible with “ambitious scenarios of climate-change mitigation.”