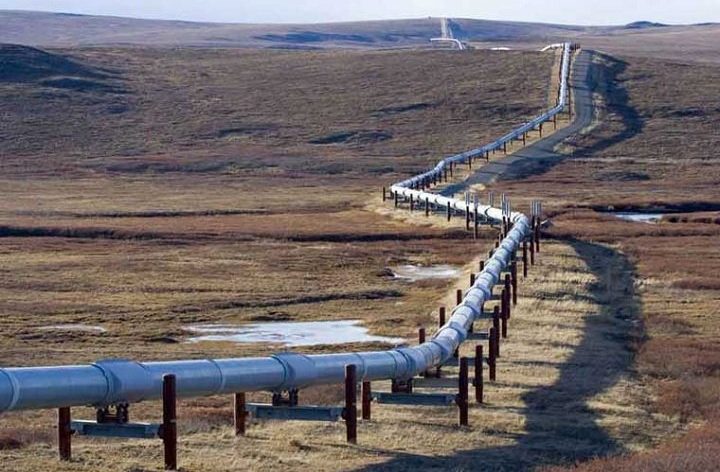 Getting justice into the pipeline

THE PEOPLE’S Climate March in New York City on September 21 will draw people from around the world who want to raise their voices in favor of a future without environmental destruction. Leading up to the march, the NYC Climate Convergence will hold a conference on September 19 and 20 to bring together activists to discuss the issues facing the climate justice movement and project a radical voice in the coming struggles.

The convergence and march are timed to coincide with the UN Climate Summit, where heads of state will endlessly posture about global warming, and little else. UN Secretary General Ban Ki-moon will no doubt appear alongside his recently appointed special envoy for cities and climate change, former New York City Mayor Michael Bloomberg. Meanwhile, corporate figureheads will get a platform to obscure their culpability for climate change with greenwashing projects like tree planting and recycling programs.

The protests and political events outside will offer a stark contrast of grassroots power standing up for justice–featuring writers and noted activists such as Naomi Klein and Bill McKibben, union leaders from around the world and ecological activists drawing attention to the communities most affected by the fallout from pollution and climate change.

This march alone won’t bring enough pressure to bear on the powerful and profit-driven elite who are driving the planet toward destruction, but it will be a broad display of how deeply and urgently growing numbers of people feel about the need for a social transformation before it’s too late.

Among the struggles represented at the march and convergence will be one that has important lessons for the movement as a whole: The fight against the Keystone XL pipeline, which would carry dirty tar sands oil from Alberta to the U.S. Gulf Coast, for refining and export.

IF THE project is completed, it would be “game over” for the hopes of heading off drastic climate change, according to global warming expert James Hansen. Thus, activism against the pipeline project is at the epicenter of the climate justice movement in the U.S.–and the determination of thousands of people across the country has had an effect.

The pipeline looked like it was on the fast track to approval until the movement to stop it began heating up in 2011. Among the demonstrations was a 50,000-strong march in Washington, D.C., in February 2013, probably the largest mobilization of the U.S. climate justice movement so far.

Barack Obama and his administration have continued to postpone a decision on final approval for the project–though they earlier this year cleared the way for a green light with a State Department report that outrageously claimed the Keystone wouldn’t worsen climate change. Activists point out that the review process itself is under investigation, after it was discovered that Environmental Resources Management (ERM), the firm contracted to complete the environmental impact assessment, was recently on the payroll of TransCanada, owner of the Keystone XL project.

Hurdles continue to come up. In February, a Nebraska court sided with landowners against a 2011 law authorizing TransCanada to use eminent domain to seize land for the proposed pipeline route.

Then, on June 29, the four-year permit that South Dakota had issued for TransCanada to build a section of the pipeline in that state expired. TransCanada will have to submit a new application to the state’s Public Utilities Commission for the project, opening up a public comment period that protesters can use to voice their objection to the project.

These obstacles to approval of the Keystone pipeline have everything to do with the resistance of environment activists on the ground. They have fought both TransCanada and the pipeline pushers at the state and federal level. And among the leading activists at each stage of this fight are Native Americans.

FOR MANY Native Americans, fighting the Keystone XL is an extension of their fight against broken treaties, land grabs, massacres and assimilation.

Native Nations have been fighting back against environmental destruction since the first time Europeans stepped foot in this hemisphere. This was merely viewed as fighting colonialism, rather than for environmentalism. As Steve Talbot wrote in his book Roots of Oppression: The American Indian Question:

The European conquest of North America, and, later, U.S. westward expansion across Indian lands had its origin in the brutal process Marx termed the “so-called primitive accumulation of capital”: the seizure of another people’s land base in the interest of the colonial power’ ruling elites and for the purpose of generating capital, by transforming that land base into large-scale private property.

In Ecocide of Native America, Donald Grinde and Bruce Johansen further described how the historical displacement of Native Americans was connected to the commoditization of our society for short-term gain:

The displacement of native peoples has not only harmed their societies and impaired their spirituality, but also become the rationalization for the exploitation of the earth for short-term gain. It is common knowledge these days that an emphasis on short-term gain, through industrial mechanisms such as commoditization of resources, is leading the earth–and that means all of us, and generations to come–toward long-term destruction.

Today, the fight against colonialism and capitalism is connected to the struggle to protect the environment in general, and Native lands in particular. The violence inflicted on the land was and is mirrored by the violence imposed on people defending their land. Taking away that land goes hand in hand with taking away language, culture and, finally, an entire people.

SO IT is not surprising that Native Americans have been on the front lines of the current environmental movement, and the resistance to the Keystone XL pipeline in particular.

The planned route of the pipeline would run through treaty land belonging to the Lakota (Sioux). Despite this claim to the land, the Obama administration did not even try to set up a meeting with tribes in the area regarding the Keystone pipeline until May 2013. At that meeting, tribal representatives walked out because of the lack of consultation from the start. Even during Obama’s recent trip to the Standing Rock Indian Reservation in North and South Dakota, he was greeted by activists protesting the Keystone pipeline–yet Obama refused to discuss the issue.

Out of frustration that their voices aren’t being heard, some 200 people from the Great Plains and Canada, calling themselves the “Cowboy Indian Alliance,” traveled to Washington in April to send a message of resistance against the pipeline. At the end of the week, thousands of other activists likewise turned out in Washington to march in solidarity with the unique coalition of Native American communities, ranchers and farmers

Bryan Brewer, president of the Oglala Sioux Tribe, signaled the stakes for Native Americans, saying, “If President Obama signs the Keystone XL, it’s a death warrant.” Native spiritual camps have been set up along the planned route of the pipeline–they will be planned centers of resistance if the project is okayed. So even if the pipeline is approved, the fight is far from over.

Winona LaDuke, an American Indian activist, environmentalist and vice presidential candidate of the Green Party in 1996 and 2000, was frank about what Keystone represents to the Lakota: “Basically, the Lakota, like many other Native people see a big infrastructure project like the KXL pipeline, which moves profits from one corporation to another, across their land, as more than a black snake of the fat taker. It is a threat, and there is no new water.”

For many Natives, the Keystone XL and the current land grabs by the government in the name of “energy independence” are no different than the past, when railroads and trails were set up through their land with the promise that Native communities would be left alone. Just like in the past, Natives are saying “no.”

Clayton Thomas Mueller, a First Nations activist in Canada, pointed to the power of this renewed activism, saying, “Imagine if the workers and First Nations actually joined forces in a meaningful coalition–the rightful owners of the land, side by side with the people working the mines and pipelines, coming together to demand another economic model.”

These inspirational words are an indication of the direction the new environmental movement needs to take. We not only need to stand up against the Keystone XL pipeline, but we need to demand full sovereignty and self-determination for Native Americans and insist that the U.S. government keep its treaty promises to Natives. And we must fight the 21st-century land grabs happening today.

The People’s Climate March and the NYC Climate Convergence will be spaces where we can connect our struggles on the left and help build a social justice movement that calls for a transformation of our society, where people, planet and peace come before profits.