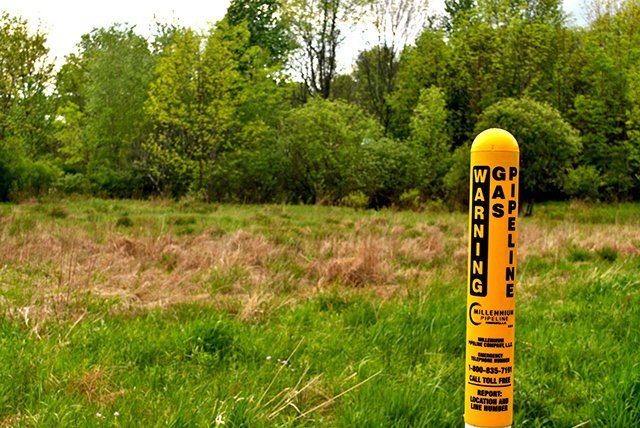 Fracking has led to a health crisis in Minisink, New York

Leanne and Robert Baum used to take their children sledding in the field across the road from their house in Minisink, New York. But these days, Leanne, who drives a school bus for a local Christian academy, and Robert, who runs a hardware store, say they’re afraid to even let their kids play in the front yard. The couple’s small township in Orange County has for decades supplied fresh organic and heirloom produce to the restaurants and farmers’ markets in New York City, 60 miles south. Now, it is the site of a growing health crisis. Property values are plummeting and locals are complaining of chronic nosebleeds, rashes, migraines, and dizzy spells. The smell in the air can range from rotten eggs to burning paint.

The Baums, along with many of their neighbors, believe Minisink’s nosedive in quality of life to be the handiwork of the Millennium Pipeline Company, who run two 6,000-horse power natural gas compressors in town limits—both located in the field right across from the Baum’s home.

Business has been good for Millennium and other fossil fuel transporters, thanks to fracking—a process of retrieving gas or oil by fissuring shale rock beneath the Earth’s surface. Studies show that fracking can potentially poison the water, soil, and air, contaminate the food supply, and even cause earthquakes—basically everything short of awaking a giant, prehistoric lizard. With these negative effects in mind, fracking is under a moratorium in New York State. Yet even though New York has so far prohibited fracking, Leanne and Robert Baum are still suffering its consequences—and it is threatening to stomp out their country way of life. Just 15 miles across the border from Minisink, where New York’s fracking restrictions are not in place, the State of Pennsylvania’s been cashing in on a frack-zilla invasion.