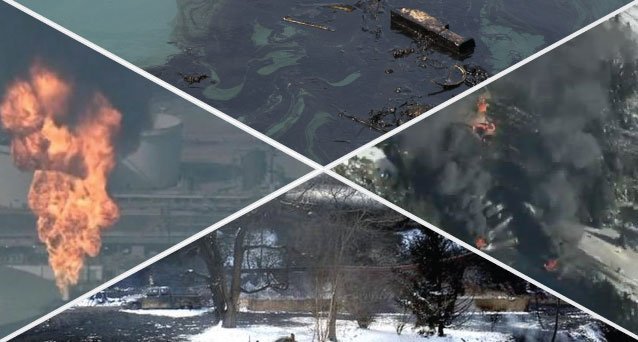 Four oil-related spills reported in North Dakota, the latest in a week of oil mishaps

Safe to say this has not been a great week for the oil industry.

It’s the fourth time this week that a big mishap involving the North American oil industry has occurred. On Monday, a train carrying 3 million gallons of crude oil derailed and exploded in West Virginia. On Wednesday, another explosion occurred at the ExxonMobil oil refinery in Torrance, California, injuring at least three people. And this weekend, a crude oil train derailed, spilled, and caught fire in Ontario, Canada.

The spills in North Dakota began on Monday and spanned into Wednesday. The first was a double-incident reported by Hess Corp., which said that approximately 42,000 gallons of oil industry wastewater was released from two of its well sites in Williams County, located about three miles apart. Both spills occurred because of opened valves, and the company believes their operations may have been vandalized. “We’re calling this suspicious activity,” Hess spokesman John Roper told the Grand Forks Herald.

Both of the waste spills were said to have impacted wetlands, though the extent of the damage has not been reported. The type of wastewater released is called produced water, which peer-reviewed research has shown to contain elevated concentrations of bromide, which can promote the formation of toxic disinfection byproducts. The North Dakota Department of Health said the company is currently using vacuum trucks to suck up the waste.

The next spill, reported Tuesday, was a 1,260-gallon oil spill in McKenzie County. In that incident, the oil overflowed from a truck and spilled into an oxbow of Charbonneau Creek, which is a a tributary of the Yellowstone River. The fourth incident saw 400 gallons of diesel fuel spill from an open valve of a truck and into an unnamed tributary of Lonesome Creek.