Food, farming, and climate change: it’s bigger than everything else

Record-breaking heat waves, long-term drought, “100-year floods” in consecutive years, and increasingly extreme superstorms are becoming the new normal. The planet is now facing an unprecedented era of accelerating and intensifying global climate change, with negative impacts already being widely felt. While global climate change will impact nearly everyone and everything, the greatest impact is already being felt by farmers and anyone who eats food.

When we think of climate change and global warming, visions of coal-fired power plants and solar panels come to mind. Policy discussions and personal action usually revolve around hybrid cars, energy-efficient homes and debates about the latest technological solutions. However, the global agriculture system is at the heart of both the problem and the solution.

Farms and farmers are in the crosshairs of climate change. Though farmers have seen negative impacts related to climate change for decades, these impacts have been exacerbated in recent years. Even relatively small temperature increases are having significant impacts on farming, including accelerated desertification and salinization of arable land, increased presence of pests, crop losses due to high temperatures and flooding, and, paradoxically, increased clean water scarcity.

While many people may be familiar with the term “peak oil” to describe the diminishing supply of petroleum, few are familiar or prepared for “peak coffee.” Farmers and scientists now openly discuss the notion of “endangered crops,” including everything from cocoa and wine grapes to salmon and peanuts. The emergence of super-charged pests related to climate change, like the “La Roya” coffee fungus in Central America, is threatening not only our morning cup of joe, but the livelihoods of hundreds of thousands of small-scale farmers. The International Center for Tropical Agriculture (CIAT) has detailed how much of Ivory Coast and Ghana, the two largest cocoa-producing countries in the world, will be too hot to grow cocoa by 2030. The average cocoa farmer’s plot in Ghana is five hectares, and farmers there are very reliant on income from cocoa sales.

Compared to large-scale industrial farms, small-scale agroecological farms not only use fewer fossil fuel-based fertilizer inputs and emit less GHGs, including methane, nitrous oxide and carbon dioxide (CO2), but they also have the potential to actually reverse climate change by sequestering CO2 from the air into the soil year after year. According to the Rodale Institute, small-scale farmers and pastoralists could sequester more than 100% of current annual CO2 emissions with a switch to widely available, safe and inexpensive agroecological management practices that emphasize diversity, traditional knowledge, agroforestry, landscape complexity, and water and soil management techniques, including cover cropping, composting and water harvesting.

Importantly, agroecology can not only sequester upwards of 7,000 pounds of CO2 per acre per year, but it can actually boosts crop yields. In fact, recent studies by GRAIN (www.grain.org) demonstrate that small-scale farmers already feed the majority of the world with less than a quarter of all farmland. Addressing climate change on the farm can not only tackle the challenging task of agriculture-generated GHGs, but it can also produce more food with fewer fossil fuels. In other words, as the ETC Group (www.etcgoup.org) has highlighted, industrial agriculture uses 70% of the world’s agricultural resources to produce just 30% of the global food supply, while small-scale farmers provide 70% of the global food supply while using only 30% of agricultural resources.

For a Better World

In addition to their adaptability and resilience in the face of climate change, small-scale farmers play many other critical roles, from feeding their local communities to providing ecological services to the global community. As described by UC Berkeley Professor of Agroecology Miguel Altieri, small-scale farms act as biodiversity reservoirs. Compared to large-scale industrial monoculture operations, which plant just one variety of one crop, small-scale farmers often cultivate dozens, if not hundreds, of varieties and species used for food, fiber, fodder, fuel and medicine. It is not uncommon for small-scale farmers to plant a healthy genetic diversity of crops adapted to local conditions and well-suited for climatic variability and pest resistance. Agricultural biodiversity not only nourishes local farming communities and hedges against market and weather fluctuations, but it also fosters critical habitat for other flora and fauna. Farmer knowledge and social capital are crucial common denominators for vibrant and functional farming communities. Without the traditional knowledge of farmers, there is little hope to address climate change on the farm in a meaningful way.

While small-scale farmers are by and large more productive than large-scale farmers and play key roles in confronting climate change, we are losing them in many places, while large-scale farms are getting bigger and gaining more political and economic influence. Small-scale farmers and pastoralists are increasingly endangered and vulnerable to unfair trade agreements, collapsing financial markets, the export-oriented cash crops that global agriculture fuels, land grabs, the expansion of speculation within the food market, and the privatization of genetic resources, among other threats. Current prevailing policies and practices in trade, land use, energy use and patent law favor large-scale agribusinesses that contribute to climate change, while making it more difficult for small-scale sustainable farmers to stay on the land where they are able to produce food for the world and mitigate climate change. Without safeguards and support, we are putting both the global food supply and combating the climate crisis at risk.

Fair trade is often characterized as a “trading partnership, based on dialogue, transparency and respect, that seeks greater equity in international trade.” Fair trade principles include long-term direct trading relationships, payment of fair prices and wages, no child, forced or otherwise exploited labor, workplace non-discrimination, gender equity, and freedom of association, among others. But fair trade is proving to be more than its original mandate, as it relates to climate change. Fair trade premiums — the additional sums of money beyond the fair trade price that are paid to producers for social, environmental and economic development projects — are proving to be effective vehicles for addressing climate change at the local level.

For example, COOCAFE, a coffee cooperative in Costa Rica, used its fair trade premiums to greatly reduce the amount of water used to wash coffee beans, allowing for other farmers to plant shade trees around their crops, which is good for both the quality of their crops and the environment. In Sri Lanka, the Serendipol fair trade organic coconut project uses its fair trade premium to provide free compost to all member farmers. In Uganda, tea farmers are reproducing drought-resistant varieties for distribution to other growers.

Moving from despair to action

Author and activist Rebecca Solnit famously said of climate change that “It’s bigger than everything else.” Climate change is at the intersection of many social and environmental justice issues, and it is forcing us to question every aspect of our society and economy, including how we produce and distribute our food. The stakes are certainly high — and the window of opportunity is quickly closing.

Facing down climate change is both a challenge and an opportunity. Recreating a political economy that fosters and safeguards small-scale farmers is critical to addressing not only climate change but hunger and inequality as well. There are no policy “silver bullets” per se, but reforming the trade, subsidy and financial sectors is a good start. While we cannot buy our way out of the climate crisis with market alternatives alone, harnessing consumers’ purchasing power does make a difference. Committed fair trade brands, partnering with small-scale family farmers, are leading the transition to a just and climate-friendly economy — and purchasing from these brands deepens the impact of fair trade on local communities.

Last, but not least, taking small, yet impactful steps at home can have huge positive benefits. Simple actions, like home composting and gardening, can not only reduce one’s carbon footprint and feed one’s family, but can also directly connect one with the global movement of small-scale farmers addressing global climate change.

This work is reprinted from Common Dreams under a Creative Commons Attribution-Share Alike 3.0 License.

Ryan Zinn is the political director of the Fair World Project, an independent campaign of the Organic Consumers Association. Follow him on Twitter: @ryanzinn

The Troubling Return of Al Gore 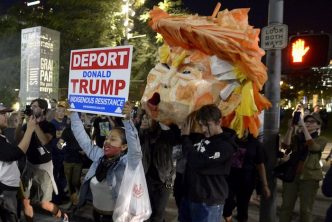 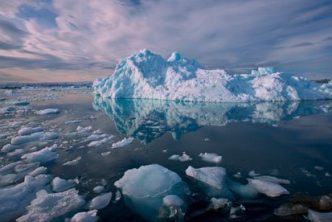