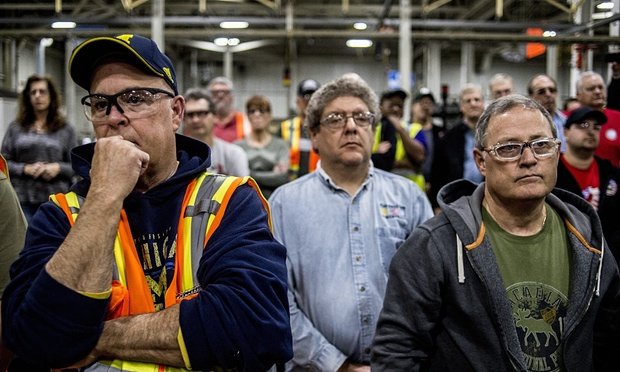 The city of Flint, Michigan, has declared a state of emergency over contaminated water supplies amid calls for a criminal investigation, the resignation of the state governor and a class action lawsuit that could top $1bn.

The Federal Emergency Management Agency (Fema) sent 28,000 bottles of water to the city on Monday just hours before the mayor declared: “The city of Flint has experienced a manmade disaster.”

Critics believe the entire city has been affected to varying degrees by high levels of lead and other pollutants in the water. This includes the 100,000 residents and those who commute to Flint for work.

The Flint authorities had switched the public water supply in April 2014 from Lake Huron to the Flint river. The river flows through the city but had not been used for consumption since the early 1960s because of industrial pollution.

After the switch, many residents immediately reported that the water coming out of their taps was yellowy, cloudy and odorous.People reported suddenly breaking out in rashes or losing their hair.

Public protests followed, but the authorities repeatedly said the water was safe, despite stepping up water treatment and occasionally issuing advice to residents to boil it.

But in October 2015, the city returned to its previous supplier, the city of Detroit, which treats water from Lake Huron then passes it on to Flint, 66 miles to the north-west.

By that time, experts at Virginia Tech university, called in by activists, had already issued an alarming report about lead levels in the river water, while a pediatrician at Flint’s Hurley Medical Center hospital, Dr Mona Hanna-Attisha, had discovered elevated levels of lead in blood tests carried out on local children.

Lead in the environment is particularly dangerous to young children, whose fast-developing brains are prone to damage that often does not show up until years later, in the form of learning disabilities or behavioral problems.

“We are dealing with an invisible killer. Parents are expecting that within five years there will be signs of attention deficit disorder in children who have been affected and later there could be problems with mental disorders. People here are very upset and angry,” Flint-based attorney Tracelle Young told the Guardian.

Health effects in adults could include a higher risk of cancer, Young said.

Young and a number of other attorneys in the area represent a small group of residents who are heading a lawsuit against the authorities that is currently going through the legal process to be classified as a class action on behalf of many more of Flint’s citizens.