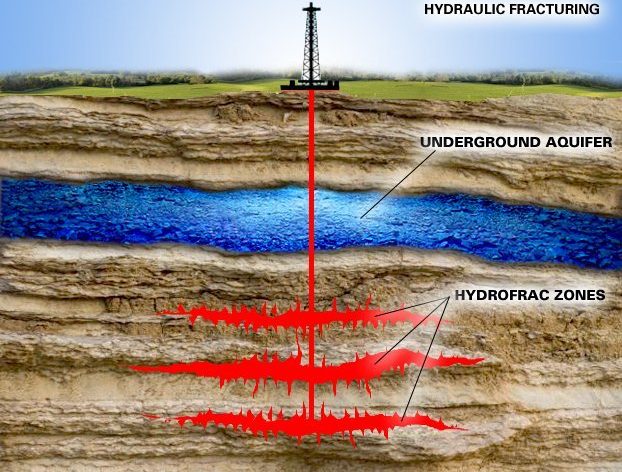 Five shocking places where fracking is taking off

By now, many people have heard about the booming Bakken Shale in North Dakota where there is a mad rush for oil, enabled by the use of hydraulic fracturing, or fracking, a practice that pumps millions of gallons of water, chemicals and sand underground to break rock and release hydrocarbons.

The Bakken has garnered big media attention and so too has Texas’s Eagle Ford Shale and the gas-rich Marcellus Shale in the Northeast. But more than these big shale plays are on the table. Fracking is happening in 17 states and more than 80,000 wells have been drilled or permitted in the last nine years — some of these in surprising (and alarming) places.

From scenic coastal waters to vital agricultural land, here are five places where fracking could soon be taking off.

1.California’sVital Farmlands.Kern County in California’s Central Valley is part of the heart of the state’s $43 billion a year agriculture industry and it has made headlines frequently as ground zero for California’s crippling drought. Dairy is big in Kern and farmers (mostly large agribusiness) also grow almonds, pistachios, grapes, cotton, carrots, onions, citrus and much more.

Diminished water supplies and overdrawn aquifers have farmers offering big bucks for water this year. But they may have to outbid another heavy weight — the oil industry. Kern County is the top oil-producing county in the state (although production tumbled nearly 50 percent between 1985 and 2011) and its Holy Grail is the Monterey Shale, a deep underground rock formation that was estimated to hold 13.7 billion barrels of recoverable oil – twice as much as North Dakota’s Bakken Shale………