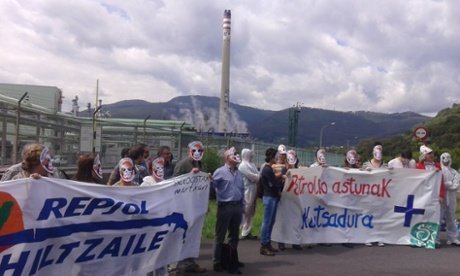 A cargo believed to be Europe’s first major shipment of tar sands oil arrived in Spain this week, as European policymakers proposed scrapping the requirement that such oil be labeled as more polluting than other forms of crude. 570,000 barrels of Western Canada Select heavy blend crude, originally from Canada, arrived in Spain’s port of Bilbao in the middle of this week, said a spokesman for Repsol. The shipment, which he said was a first for the Spanish oil and gas company, is part of a pilot project to test the capacity of its refineries to process the heavy grade crude.