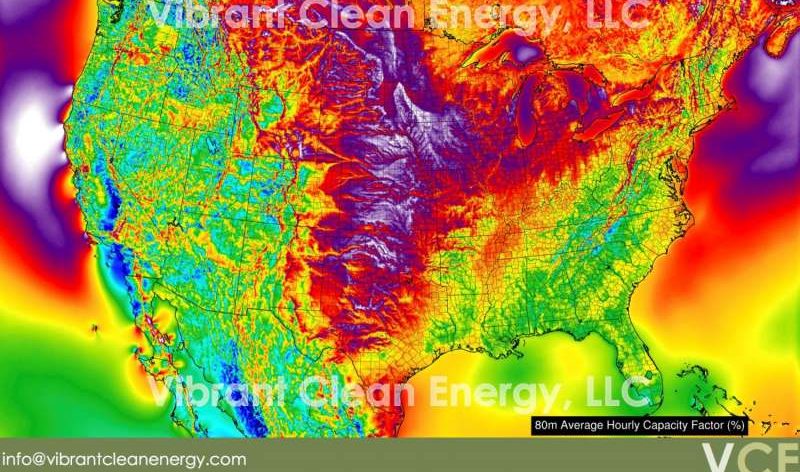 Can the continental United States make a rapid, reliable and low-cost transition to an energy system that relies almost exclusively on wind, solar and hydroelectric power? While there is growing excitement for this vision, a new study in the Proceedings of the National Academy of Sciences (PNAS) by 21 of the nation’s leading energy experts, including David G. Victor and George R. Tynan from the University of California San Diego, describes a more complicated reality. These researchers argue that achieving net-zero carbon emissions requires the incorporation of a much broader suite of energy sources and approaches.

The paper published by PNAS the week of June 19, 2017, with Christopher Clack as first author, provides a rigorous analysis that corrects a 2015 research roadmap indicating that the continental United States could be reliably powered at low cost, in as little as 35 to 40 years, relying on just solar, wind, and hydroelectric power. The researchers write that the conclusions in the 2015 paper are not supported by adequate and realistic analysis and do not provide a reliable guide to whether and at what cost such a transition might be achieved.

“Wind, solar and hydroelectric power can, and will, be important parts of any moves to decarbonize our energy system and therefore combat climate change, but given today’s technical challenges and infrastructure realities, renewables won’t be the only solution,” said Victor, an energy expert at the UC San Diego School of Global Policy and Strategy. Victor and fellow co-author Tynan, who is associate dean of the UC San Diego Jacobs School of Engineering, are co-directors of the Deep Decarbonization Initiative at UC San Diego, which they launched to tackle the interrelated policy and technology challenges that must be addressed to get to zero global carbon emissions.

“We need a broad portfolio of clean energy technologies in order to achieve an affordable transition to a low-carbon-emission energy system,” said Tynan, a professor in the Department of Mechanical and Aerospace Engineering at the Jacobs School and a member of the UC San Diego Center for Energy Research.

The new work references a number of analyses, meta-analyses and assessments, including those performed by the Intergovernmental Panel on Climate Change, the National Oceanic and Atmospheric Administration, the National Renewable Energy Laboratory, and the International Energy Agency, that have concluded that deployment of a diverse portfolio of clean energy technologies makes a transition to a low-carbon-emission energy system both more feasible and less costly than other pathways.

“A policy prescription that overpromises on the benefits of relying on a narrower portfolio of technologies options could be counterproductive, seriously impeding the move to a cost effective decarbonized energy system,” the authors write in the PNAS paper.

This discussion is particularly timely because proposals for rapid shifts to all or nearly all renewables are gaining increased attention from policy makers, politicians and the general public.

“Getting to 80 percent reduction in carbon emission rates is going to be tough, and decarbonizing beyond 80 percent will be even more challenging. That’s why it’s important to be as rigorous as possible in laying out a pathway to this goal,” Tynan said.

“When we talk about reducing the amount of carbon in the atmosphere—decarbonization—there is an increased recognition that a diversity of approaches is not only smart, but necessary,” said Victor, who is also co-director of the Laboratory for International Law and Regulation at UC San Diego and co-chairs the Energy Security and Climate Initiative at the Brookings Institution.

This kind of broad energy portfolio is likely to include bioenergy, wind, solar, hydroelectric, nuclear energy and carbon capture, the authors say.

“We are focused on helping governments, communities, companies and societies cut emissions of warming gases given the very real technological, economic and political constraints that exist,” Tynan said. “It’s important for policy makers and the public to understand we still have significant progress to make before we are have a realistic chance of achieving the required emissions reductions reliably and cost effectively.”

For the PNAS study, the authors identify many technical challenges to moving toward an energy system built solely on wind, solar and hydroelectric power.

The authors also argue for deploying new technologies and innovation, such as cutting-edge energy storage and new control systems. With experience, they say, a much greater role for renewable energy may be feasible.

“Ultimately we’re talking about getting to zero—getting our global carbon emissions to levels that will combat climate change immediately. This is deep decarbonization in the real world, cutting global emissions at scale while still meeting the energy needs of a growing, global population,” said Victor.